The Woodfin community, like many other Buncombe County communities is named for a man who enslaved human beings. If you’ve followed along in this series, you’ve probably recognized that to be a common theme among communities; they’re named for people of extravagant wealth. Wealth earned on the backs of enslaved black people. Indeed, our county
52 Weeks 52 CommunitiesAfrican AmericansAppalachiaBuncombe CountyBuncombe County HistoryCivil WarCommunity HistoryEducationenslaved peopleEnslavementlaborlawyersLocal HistoryNicholas WoodfinRailroadsSlaverySlavery in Buncombe CountyWoodfin

As the Asheville community looks at how to best remedy its lack of recognition of the African American community and their contributions and sacrifices that made Asheville what it is today, it is more important than ever to know MORE history. What did slavery look like in Asheville and Buncombe County? These are a few notes taken
Asheville HistoryBuncombe County HistoryElisha RayElizabeth HemphillGudger HotelJames McConnell SmithJohn P. SmithSlaverySlavery in Buncombe CountyThomas T. PattonW.T. Dickerson Auctioneer

As part of local commemoration of the 150th anniversary of the Emancipation Proclamation, the Center for Diversity Education at UNC Asheville worked with the Buncombe County Register of Deeds to compile a database of documents recording the trade of people as slaves in Buncombe County.  A video created as part of this project has won two national awards.
Buncombe County Register of DeedsEmancipation ProclamationForever FreeJames PattonJames Washington PattonSam CopeSlaveryThomas Walton Patton 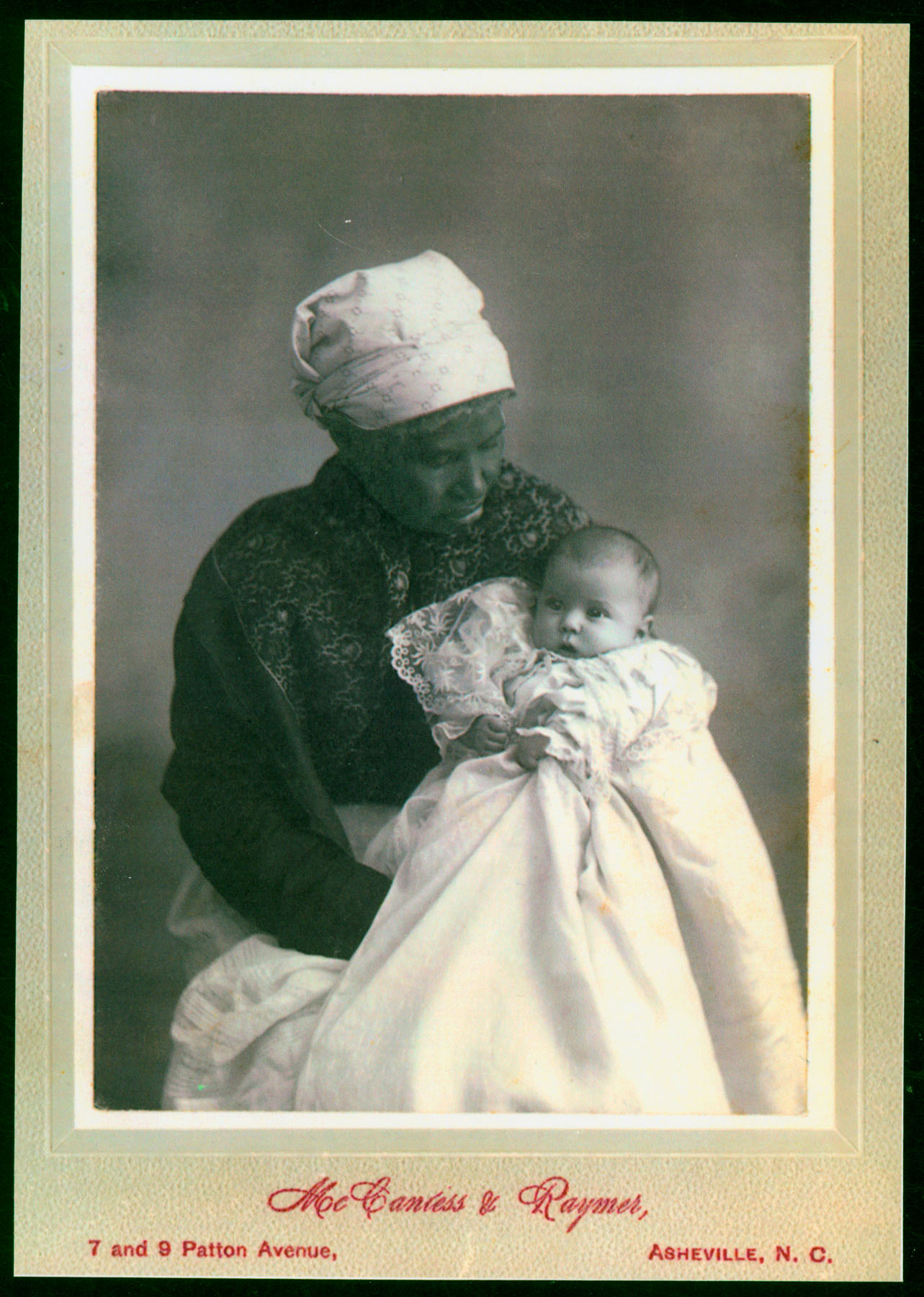 We depend on our patrons for donations. This 1897 J. M. McCanless portrait of a black nurse midwife was loaned for scanning by Dianna Hays. We also receive valuable information from patrons. Ms. Hays told us that the baby was her grandmother Pauline Moore Bourne, daughter of clothing store owner M. V. Moore, and that Pauline
American Civil WarCivil WarEliza Woodfin HollandmidwifeNicholas WoodfinnursePauline Moore BourneSlaveryTempy Avery