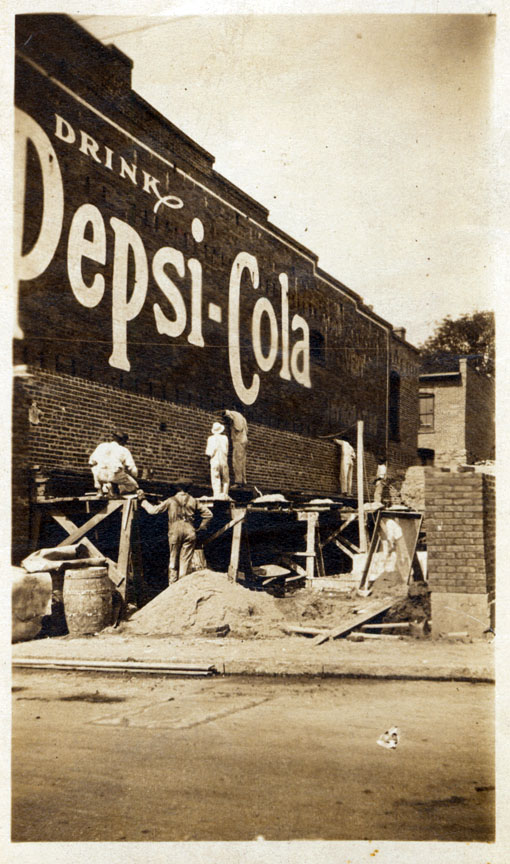 A few months ago some questions arose about a couple photographs in the North Carolina Room’s Special Collection. They show a group of African-American masons erecting a wall up against a building with a large “Drink Pepsi-Cola” sign painted on it. Zoe asked me if I could confirm the details in the description. Here’s part
BuildingJames Vester MillerManufacturingNeighborhoodsPepsiSanborn MapsSouthsideSouthside AveUNC Asheville