Here are two commonly found early postcard views of Ivy Gap from Craggy.  Both versions of the postcards were published by the Hackney & Moale Company, one of the early publishers of books and postcards in Asheville. The cyanotype version beneath is one I’d never seen; the title printed in red across the top intrigued me.
Asheville Farm SchoolAsheville HistoryBlue Ridge AssemblyBuncombe CountyHackney & Moale Co.Hotel AlbaLookout PointMontreatMontreat AssemblyN.C.Robert E. Lee HallSouthern Student Conference Y.M.C.A.Y.M.C.A 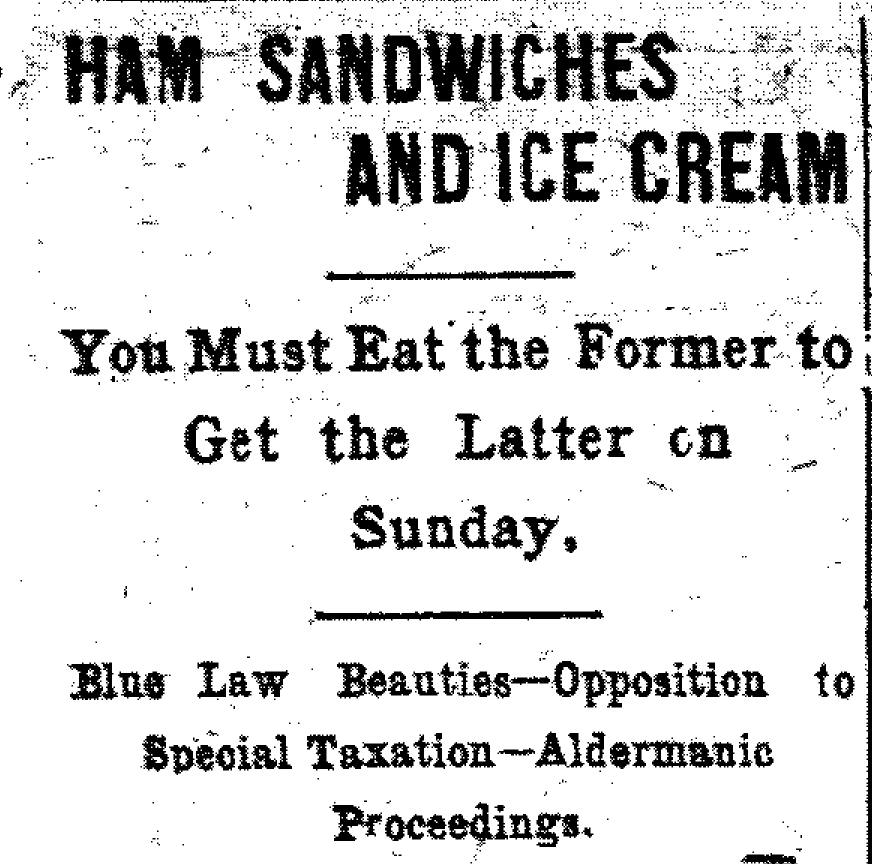 What were Asheville’s Sunday Blue Laws? They are a little hard to pin down and they changed over time. Sunday legislation in general featured the idea of “rest for toilers and the assurance of avoiding giving offense by noise and tumult.” Many cities and states had them, and some still do. It is still illegal to sell
AshevilleN.C.Sunday Blue Laws I joined the staff at Pack Memorial Library in 1990 when I took the position of Special Collections Librarian.  Lewis Buck was my closest associate in the North Carolina section.  As I studied to get up to speed on Asheville history, he steered me toward the brief histories of Asheville and Buncombe County in Cabins
60 Baird StreetAshevilleEdith HolmesLewis BuckMontfordN.C.Sarah Upchurch I have looked at lots of nineteenth century portrait photographs, but have never paid much attention to the backdrops used by most photographers during this era. Apparently, this is a common oversight. Photographers were given awards at exhibitions for backdrops, props and accessories.  They had become so popular that they became a part of every
AshevilleCharles and Amanda GlassFrank U. HaymondJ.M. McCanlessL.B. and Lily McBrayerN.C.Painted Backdrops & Propsrustic furnitureS.A. McCanlessThomas H. Lindsey Joe Newman lives on Soco Street in Asheville’s historic Montford neighborhood.  He is the editor of the Montford Newsletter. He sent us these photographs and note: “This beautiful crane is off his migratory course.  He’s been in Montford for a couple of days now.  I first spotted him on Ross and Trudy Terry’s roof yesterday, but it was
AshevilleGreat Blue HeronJoe NewmanMontfordN.C.