This post concludes Zoe Rhine’s series on the occupations of Black Women in Asheville in 1890. Soon, BCSC will be looking for other community members to submit pieces to HeardTell. Be on the lookout for an announcement, soon!

“For centuries, a woman’s social status was clear-cut: Either she had a maid or she was one. Servants—often live-ins—who did the bulk of the cooking, laundry, and child care were an indispensable part of life for virtually everyone.”

Over 70% of the 660 Black women listed in the 1890 Asheville City Directory reported an occupation. With the exception of only ten women, all these jobs were in domestic service. During this era, a domestic servant by any name – maid, cook, nurse, laundress—was probably expected to do a variety of household chores. They were virtually on-call for service around the clock, most days and nights.

While few white women worked outside the home, it obviously became a matter of survival for many Black women to do so, and there were few options outside domestic labor. It would be many years before professional opportunities, such as in medicine and education, would be within reach for most Black women.

Although teaching was one profession that both Black men and women were beginning to pursue at this time, access to training and positions was scarce. Buncombe County had established a Colored Teacher’s Institute by 1886, providing some initial training. But there were few jobs at this point for Black teachers compared to the number of white teachers in Asheville’s early public schools. County and parochial schools may have offered a few more jobs, but men would have likely been chosen over women. There were only four Black women listed as teachers in 1890: Sallie Rufus, Ophelia Thompson, Sophie Weaver, and Annie Williams.

Asheville’s Black public school, Beaumont School, had just been renamed Mountain Street School.* None of the four teachers listed in 1890, however, taught there. It is assumed that they taught in one of the Black parochial schools, or perhaps one of the rural schools operated by Buncombe County. With rare exceptions, early teachers were not native to Asheville.**

In comparison to other parts of North Carolina, Asheville notably lacked certain employment opportunities for Black women.  In his book, The Negro in North Carolina 1876-1894, Frenise A. Logan refers to “Negro jobs” which he defined as those jobs that were mostly confined to Black people, primarily in domestic and personal service. He listed six major types of employment: barbers, hair-dressers, laborers, laundresses, nurse and mid-wives, restaurant and saloon keepers, and servants. An expanded list included boarding and lodging house-keepers, stewardesses and hotel keepers, as well as manufacturing jobs.

Although hairdresser was a top occupation for Black women in other areas of North Carolina, there were none listed in Asheville. Nor did the Asheville City Directory list any Black women as being beauticians, hair dressers, or workers in a salon ten years later, in 1900. The number of Black male barbers, on the other hand, rose from four in 1890 to thirty. In addition, no Black women were identified as stewardess (waitress).

There were 22 manufacturing centers in Asheville in 1890, yet only eight Black men and two women listed factory work as an occupation. This being the Jim Crow era, these positions were, most likely, janitorial and not jobs where Blacks and whites worked together. The scarcity of Black men and women in manufacturing jobs suggests that segregation, in some cases backed by craft or labor unions, had a significant impact.

Racial inequity, gender inequality, poverty, and lack of education or training often prevented Black women from moving out of domestic service into other, possibly more profitable, employment. In comparison to areas east of the mountains, job opportunities in Asheville may have been even more restricted.

Certainly, the arduous work of being a servant, especially for those who were live-in help, took a physical and emotional toll. Living in servitude in a white household, away from their own families, surely had personal ramifications for these women—and for society and the community as well.

Social Relations between Whites and Blacks: White Attitudes and the Servant Problem

Logan’s book also relates that white people in cities across North Carolina often voiced objections “as to the honesty, reliability, availability, and efficiency of the ‘colored help,’ particularly with the performances of Negro servants.” He gives examples from Edenton, Greensboro, and Charlotte.

Asheville was no different. An editorial in the Asheville Daily Citizen on August 21, 1890 titled, “Queens of the Kitchen: What Asheville Suffers from Some of Them” begins, “There are many good servants here, but many, many more who don’t know their business and don’t want to, it seems.”

Several women wrote that it was the white housewife who suffered. “There were slaves before the war who were black. There are postbellum slaves now who are white. These are the mistresses of many Asheville households—the wives and daughters. What they endure at the hands of these maids-of-all-work they could not themselves tell in a month.”

Another local woman’s response to the “servant problem” wrote, “I cannot believe we hug the chains that bind us. Our servitude is galling and disgraceful, the more so when I feel that submission only rivits (sic.) firmer the bonds and shackles of the most revolting slavery that an enlightened and cultured womanhood has ever been called upon to endure.”

Articles continued to appear into September with white women organizing to create and share lists of domestics they judged as qualified and unqualified. The pens of Asheville’s white women highlighted the racial divide between employer and employee.

However, despite their employers’ complaints, Black women continued to make up most of the domestic workforce for decades. One might ask if Black domestics performed so poorly in their jobs, why were they kept on? What disadvantages did they suffer? And how fair were the wages?

Impoverished Living Conditions for Many of Asheville’s Black Citizens

Newspaper articles did not report on the general living conditions in Asheville’s Black communities at this time. However, Logan reported a shocking mortality rate among Black people just three years prior.

“The mortality of the Negroes in Asheville in 1887 was unusually high. In January it was 64.0 per 1,000; in February, it was a phenomenal 88.0 per 1,000…The destitute condition of the majority of Negroes of Asheville, coupled with the cold winters, accounted, to a large degree, for this excessive death rate.” Logan records that the causes of death were mainly acute bronchitis, pneumonia, and measles.

The impact of hunger, disease, and high mortality rates due to “… the destitute condition of the majority of Negroes of Asheville” cannot go unmentioned when discussing their occupations.

Even among the few Black professionals, systemic racism prevented equitable wages. A clear view of the racial gap in salaries can be found in the Asheville School Committee minutes which first set the school salaries on September 19, 1887.  The committee fixed the salaries of the teachers as: “White teachers at $30 per month and colored teachers $25 per mo.”

In addition to unequal wages, all other areas of education exhibited racial disparity as well.  In 1889, the two white schools employed 17 teachers while the number of Black teachers went from five to three. The Black school was also ordered not to begin until 15 days after the white schools opened. Inequity was seen in everything from school buildings, desks, and books to opportunities such as advancement in grade levels and the subjects offered within the curriculum. For example, the white schools in 1889 contained eight grades, while the Black school only went through the fifth grade. Discrepancies continued until school integration was enforced in the mid-20th century. Separate was never equal.

While no information has yet been found about the wages of female domestic servants in Asheville, the “servant problem” articles of 1890 offered a glimpse. One of the more progressive Asheville housewives wrote that “ten to twelve dollars (approximately $300-350 today) per month is not too much to pay for good help.” We assume this figure is based on a live-in maid since the majority of domestics did reside at their place of employment. It is also fair to assume that not all women made this amount.

Where are Asheville’s Maid Narratives?

Katherine van Wormer, author of The Maid Narratives: Black Domestics and White Families in the Jim Crow South, recounts: “My library is full of the slave narratives, but where are the maid narratives? Don’t these women of a later generation, these descendants of slaves who lived under a later version of white supremacy, have stories and recollections of value as well?”

We hope this series will be an impetus for further story collecting. A record of these women’s lives and sacrifices—their resilience and contributions—deserve to be a part of our community’s history.

If you have any information, family stories, or photos that might shed light on this research, please visit the Buncombe County Special Collections, Pack Memorial Library. If you’re unable to visit, please call (828) 250-4740 or email packnc@buncombecounty.org.

*We know that at the inception of the school in 1888, two women had been hired: Hester Ford (Hester Walker Ford Lee) and Mary Dickson.

** Mary Dickson and, in 1897, Hattie V. Earle, both native to Asheville, were two exceptions.

Asheville Dailey Citizen, “Receipts and Disbursements of the City,” July 3, 1889. 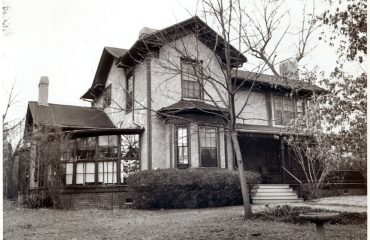