Black citizens living in Asheville in 1890 were the first generation out of slavery.  They were laid low by Jim Crow laws and Southern white values that viewed Black people as inferior. They worked hard to buy property, if possible, and raise a family. Knowing that education was the way out of poverty, many parents worked so that their children might go to school. Some stayed in Asheville and some moved on. This research pays homage to Black people who lived in Asheville at that time. They remain a part of the city today. When you walk the streets, think of them.

While a Black middle class existed in 1890 Asheville, this is a study of women in the workforce only, and does not mean to imply that all Black families lived in poverty.

In 1890, most Black people in Asheville lived to the south and east of the Courthouse, from Valley Street and east to Pine and Beaumont Streets. Eagle Street had not yet become a hub of Black businesses. The Young Men’s Institute (YMI) would not be built until 1893, later cementing Black-owned businesses in the area. There were six Black churches in Asheville. One Black physician, Dr. R. H. Bryant, was listed among 28 white physicians. Dr. Bryant’s office was at 24 South Main.

There is no official data on the number of Black people living here in 1890.  Fire destroyed the 1890 Federal census. Sondley’s History and the Asheville City Directory and Business Reflex [1890] provide population figures, but lack a racial breakdown.  The closest official count of the Black population is found in the 1887 mayor’s census which reported a total of 2,067.

Using the 1890 City Directory, a manual count gives a total of 1,221 Black people listed: 660 women and 561 men. This total is much lower than the number reported in 1887 because the 1887 census includes children in its count while the 1890 Directory listing does not.

This study begins with an overview of the occupations of Black women in 1890. About 468 (71%) of the 660 women were listed as having an occupation.

What Occupations Were Available in Asheville in 1890?

Just 25 years after the Civil War, jobs were scarce. At this time, not many jobs were open to Asheville women, and Black women had even fewer options. Some men came out of slavery with trade skills such as blacksmithing and carpentry, but the only option for most women was domestic work. I found eleven occupations listed, the main ones being cooks, laundresses, maids, and nurses.

Cooks, maids, and nurses were more likely to live in their place of employment while only a few laundresses did so.* Laundresses perhaps chose this type of work in order to stay home and care for their own families.

Factories in 1890 employed mostly white people, including many women. Only two Black women worked in a factory.

What Was the Relationship Between White Employers and Black Servants?

While the term “servant” was seldom used in the 1890 City Directory, it was the general term used in Asheville newspaper advertisements.

Newspapers published ads for houses, both small and large, that included a servant’s room or a separate servant’s quarters.

The term “servant” is so closely aligned with the idea of subservience that it would seem to have been the dark umbrella that existed over most Black people at this time.

Frenise A. Logan reports that in Asheville, the percentage of Black people employed in “domestic and personal service” rose from 66.6% in 1876 to 77% just twelve years later in 1888.

What was life like working as a Servant in Asheville?

Obviously, it depended on who you worked for. The servant quarters at the home of philanthropist George W. Pack appear to be well maintained and pleasant.

In contrast, the photograph below offers a more realistic record of living conditions for Black people at this time. This scene was probably at the east side of the courthouse and business district that bordered with the section where most Black residents lived.

It is striking that 80% of the working Black women in Asheville lived on their employer’s premises.  What was it like to work most, if not all, their days away from family and community? During these difficult times of racial inequity, most Black Asheville residents stayed as much as they could in the safety—emotional and physical—of their community. While some Black men held jobs in their employer’s home, it was mostly the women who had to leave their families and communities. They had to find a way to exist in their white employer’s house and within the white’s view of Black people as inferior.

What is Missing in Asheville’s Historical Record?

The history of domestic work in Asheville is largely missing. Across the country, very few diaries or letters exist. What may fill in the historical gaps is personal memory, oral traditions, family letters, recipes and photographs. Your recollection of family stories and conversations is invaluable.

To Black families who are native to Asheville: Do you recall what an elder family member said about their work? Who they worked for, what they did, what life was like? Are there any artifacts left—letters, diaries, photographs, and recipes?

To white citizens—native or early newcomers—of Asheville: Did your family hire domestic help? What were their names, and the family’s relationship to them? What type of work did they do and did they live in the home? Does a family ledger survive that provides salaries for domestics, or any photographs? Did they cook certain foods that were passed down as favorite family recipes?

We’ll take a closer look at some of the occupations listed here in future posts.

*  Women who were listed with an address denoted by “r” for residence were believed to live in their own home. The women with an address but without an ‘r’ were believed to live in their place of employment. This was validated by comparing streets within Black and white neighborhoods. Examples: “McDowell Emma, c, cook, r 14 Hildebrand” indicates a cook who lived in her own house;  “Laning Ritta, c, cook, 36 Clayton”  indicates a cook who lived where she was employed*

Asheville City Directory: 1887, Southern Directory Company, p4: Asheville Census ordered by the mayor in 1887 gives the total population of Asheville as 7,258, with 2,607 African Americans comprising roughly 35.9% of the population.

Logan, Frenise A., The Negro in North Carolina 1876-1894. UNC Press, 2011.   Asheville’s rate of growth was surprisingly higher than in Raleigh, Wilmington and New Bern, and only surpassed by Charlotte. 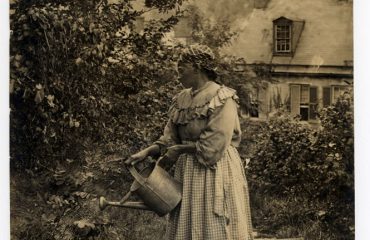 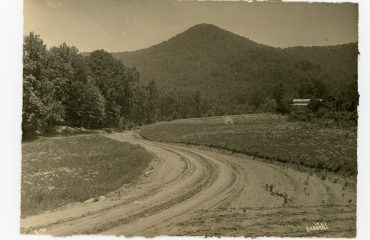 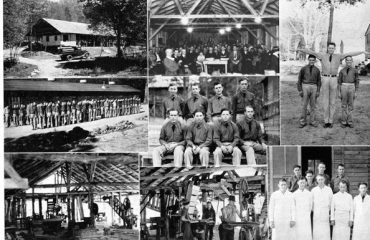 2 Comments to “ Occupations of Black Women in Asheville, 1890: An Introduction”