For more than a year, I have collected every newspaper article on the Beaumont Academy, Beaumont School and the Mountain Street School, in my quest to gather information on the first public schools for blacks in Asheville. But something puzzled me – where was the original location of the county-operated Beaumont Academy (1875-1888) that would later become the city-operated Beaumont School in 1888? I read the Asheville School Committee minutes and indexed any reference to “the Colored School.” I poured over all the early maps in the North Carolina Room Collection. Asheville City Directories did not list the school’s location even on the street indexes. I checked the few books on the subject. And I scoured over early handwritten deeds recorded at the Buncombe County Register of Deeds–most of them barely legible. Still, I was not able to find where the Beaumont School was located.

Another puzzle was, when the Mountain Street School opened up in the fall of 1890, why was there no mention in the newspapers, or in the school committee minutes for purchase of a lot or building on Mountain Street? Nor was there any record of contracts put out to bid, purchases for building materials, or rent costs.

It was obvious that a new school for blacks was forthcoming.

A new school for blacks was desperately needed, mostly due to overcrowding and very poor conditions at Beaumont School. The School Committee minutes first mention the need for a new school for blacks on May 31, 1890. A special meeting was called to report that they were “to purchase a lot on Sycamore Street for Colored School purposes.” A second special committee was called two weeks later (June 16, 1890) and they reported “on purchase of lot for Colored school purposes” [and also] reported the “purchase of such lot on Velvet St. for $325.00. “On motion Chairman West was directed to advertise for bids for plans of a new school building for Colored Schools, in his discretion, not to exceed $3,000.”  At least one of these properties is assumed to be the lot that Catholic Hill School was later built on.

As early as August 1890, the Superintendent of City Schools said in his report:

So, not having discovered the location of the Beaumont Academy/Beaumont School, and having no information about a new school opening called Mountain Street School, I did the most reasonable thing a desperate researcher can do: I asked for help! While working in the North Carolina Room, we often called on local historian and author Dale Slusser. He is a master at researching deeds, Buncombe County property maps, and creating map overlays.

Dale was kind enough to drop what he was doing and look into my question. Shortly after, he wrote me back that the Beaumont School and the Mountain Street School were the same building–just a different name.

Dale researched the question again, and wrote back not long afterwards, saying that, again, he was convinced that the two schools were one and the same. He sent me news articles, maps, deeds and map overlays, backing up his conclusion.

It takes a bit of time to switch from thinking that two buildings are one building . . .

Dale Slusser is correct. This is how it falls out.

The Black Elders Were Correct!

The Asheville City Schools Foundation historic school files contains a 3½ page typed history titled “History of Mountain Street School” that is not dated or signed. Content reveals that it was written about 1957 and the information provided points to the author/s being intimately involved and knowledgeable of the early black school history. I believe that this history was written by a person in the black community who had most likely attended Mountain Street School, but was also aware of the history of the school from her family or community. The history has several inaccuracies, understandably so, given that it was written more than sixty years after the opening of the school. Beaumont School is not mentioned in the history, but Mountain Street School is said to be the first public school for blacks.

“Mountain Street School, the first school for Negroes in Asheville (inserted in pencil), had its beginning in a two-story frame structure on Mountain Street.”

To put the writer’s time frame into sequence, it then mentions:

“Around 1888, the public schools of Asheville were started with Mr. P. P. Claxton as the first superintendent.” So the writer began talking about Mountain Street School at a time prior to 1888 when the first public school was started by the City of Asheville.

The “History of Mountain Street School” ends with: “Everyone is looking forward to a great future for this great and wonderful school which was the first for Negroes in Asheville.”

My lesson: Do not assume that you have discovered something that a community speaking about its own history does not know or recall.

The origins of the Beaumont Academy/Beaumont School/Mountain Street School begin with the James Lattimore plat. Lattimore purchased a one-acre piece of property in 1873 from W. D. Rankin. Lattimore then sold it to Thomas W. Patton. In 1878, Patton sold the property to the Board of Education of Buncombe County, District No. 2, TWP No 9 (Colored.), as the county school district was named and referred to in the deed.

The end of the T. W. Patton/Board of Education deed reads: “To have and to hold the above described lot of land together with all the opportunities thereof unto said parties of the second part and their successors in office for the site [illegible] of a public school in said district for the colored children thereof, and for no other purpose.” [Deed book 35/page 475, book 35/page 476 and book 38/page 522, respectively.]

Dale Slusser, Exhibit B, MAP200 North Carolina Collection, 1886 map, partial view showing property owners. Dale Slusser’s identification is marked with red arrows pointing to what would have been the former location of the Beaumont Academy/Mountain Street School and the top arrow pointing to North Beaumont Street.

When Dale Slusser identified the school for blacks in this map below, I gasped. How many times had I stared at this map in the North Carolina Room trying to identify the school?

From Dale Slusser, Exhibit C, Map202 North Carolina Room Collection. Looking at the structure, Dale believes that it is a one-story building with only one story windows on the side and that what looks like windows in the front gable, maybe were just gable vents. He notes that the 1917 Sanborn map lists it as a “1-1/2 story.”

In reference to the building often cited as being on Beaumont Street, there are times when the area is called Beaumont. One example he found was when the “colored swimming pool” was built in 1916 “on Mountain Street’ next to the school, an article published in 1920 mentioned the colored pool . . . “on Beaumont Street. (Asheville Citizen, June 1, 1920) Two later articles refer to the pool being on Mountain Street.

From Dale Slusser, Exhibit D, 1925 Sanborn Map showing the Mountain Street School still at its original location with the swimming pool below it.

From Dale Slusser, Exhibit F, showing hard to view area of lower area of Mountain Street where the school was located.

From Dale Slusser, Exhibit G, identifying the rear of the Mountain Street School in F730-8, circa 1919 photograph, North Carolina Room, Pack Memorial Library. He adds that the 1917 Sanborn map shows a number of houses that were built just above the school.

From Dale Slusser, Exhibit H, showing zoomed in view of the newly rebuilt Mountain Street School (1926) and the cleared site of the location of the original school.

Asheville’s black community history has long been neglected. What little has been handed down is invaluable. It escapes me as to why the name Beaumont School was not retained. One reason might be that Beaumont and Mountain Street were used interchangeably, as Dale suggests in the article about the colored swimming pool. Newspaper research suggests that the name Beaumont was used to identify the entire area.

“The sun rises over Beaumont and sets over the Battery Park Hotel.” (Asheville Citizen, 7/6/1886)

I also had failed to realize, until the final stages of accessing all of the information, that the School Committee Minutes never used the names of Beaumont School or Mountain Street School. All references were to the “black graded school.” Similarly, the Academy Street School was referred to as the “white graded school.” Any references to a school using  Beaumont, Mountain or Academy schools were from newspaper reportage.

This experience has taught me that some things are not set in stone, and that researches may easily miss nuances from the past.

References to the Asheville School Committee Minutes are from scans of the minutes in MS388, loaned to the North Carolina Room by the Asheville City School Foundation.

Post written by Zoe Rhine. I am greatly indebted to Dale Slusser for his “cracking” the puzzle and for all of the time he was willing to share. Dale is the author of The Ravenscroft School in Asheville: A History of the Institution and Its People and Buildings, 2013 and In the Near Loss of Everything: George MacDonald’s Son in America, 2009. Editing by Louise Maret, Friends of the North Carolina Room Board Chair. 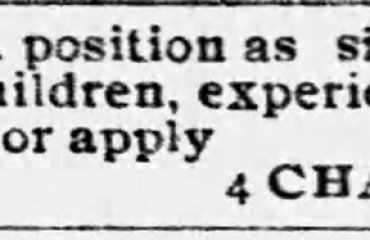 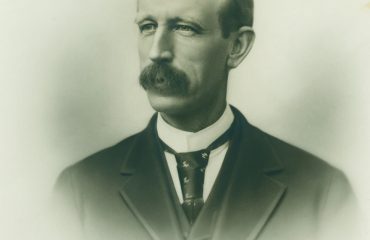