THIS EVENT IS FREE AND OPEN TO THE PUBLIC.

“Herbert Pelton arrived in Asheville in 1905. When he left Asheville in 1930, he had become one of the best and most prolific commercial photographers in the region.” . . . “In 1908, Pelton began using a specialized panoramic camera, the Cirkut camera, which would become a trademark of his photography.” Pelton moved to Washington, D.C. in 1930 where he eventually opened his own studio, but later fell into hard times. None of his work in D.C. survives and in “1956 he was committed to a mental hospital where he spent the last 4-1/2 years of his life. He died of a heart attack in 1961.”

[From “Herbert W. Pelton: “. . . Expert in Taking Pictures of This Kind” written by Benjamin Porter, in May We All Remember Well: A Journal of the History & Cultures of Western North Carolina, Volume 11, Edited by Robert S. Brunk, 2001.]

Ben Porter will talk about Herbert Pelton’s life in photography and his making of significant–important in our local history–panoramas. He will also show some of his own re-photographed panoramas based on Pelton’s original scenes.

Ben Porter will also share how Pelton’s panoramic photography impacted his own work and why he became obsessed with finding more and more of Pelton’s work. He will bring an antique cirkut camera (which is the type of camera that Pelton used) to display and show how it functions.

Ben Porter has been photographing since the age of 10 and still has his “trusty Brownie Twin 20 camera, although it is relegated to the shelf. I cut my teeth, photographically speaking as a street photographer and documentarian in South America, focusing on Bolivia where I spent a few years photographing. To support my habit in the early days, I worked (briefly) in a camera repair shop in NYC and then as a merchant seaman on the high seas. Eventually, I was able to exhibit my work, land artist residencies, and finally taught photography—-which was never my goal. I worked in the NC Visiting Artist Program in the 1980s and after that created the two year photography program at McDowell Technical Community College in Marion, NC.”

Ben Porter’s photography is in the collections of the International Museum of Photography at George Eastman House, The Bibliotheque Nationale in Paris, the Library of Congress, the University of North Carolina-CH Library and the Asheville Art Museum, as well as other institutions.

Ben continues to make panoramas, mostly of reunions, summer camp groups, and other gatherings. Locally, in addition to his panoramic work, people may remember the series of calendars on Treasured Trees he created for Quality Forward, now known as Asheville Greenworks.

Ben Porter is the 5th generation of Porters to call Asheville and these mountains home.

Ben Porter worked with the North Carolina Room to help make it the repository for Herbert Pelton’s images.We are grateful to Ben for his dedicated attention and documentation of Herbert Pelton’s life and photographs, and for his generous additions our collection.

Post by Zoe Rhine Librarian in the North Carolina Room 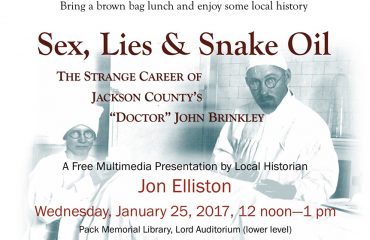 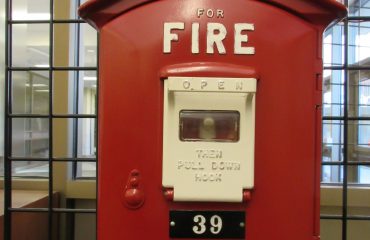