Pleasant Alexander Calhoun lived most of his adult life in a place Horace Kephart described as the “back of beyond.” Until the beginning of the 20th century, it was so remote that few outsiders had ever ventured into the isolated community nestled deep in the Great Smoky Mountains. It’s not probable that he thought his final years would be spent in an upscale suburb of Asheville.

Pless, as he was commonly known, was born in Keowee, South Carolina not long after the end of the Civil War. His father, Thomas Washington Calhoun was a cobbler by trade, a reluctant Confederate Veteran, and twice a deserter. Tom fled his unit in search of his childhood sweetheart whose family migrated to Texas. Not long after his return to the Smokies (sweetheart Lucinda McWhorter in tow) an entire band of Calhoun people set forth from Oconee County, South Carolina and trekked north, into the Great Smoky Mountains.

Kephart and others, including Sylva native and longtime Asheville Citizen-Times columnist, John Parris, have written various accounts of the Calhoun family in the Smokies. As preachers, shopkeepers, postmasters, and more, each seem to have made a unique and lasting mark on various communities that today, for the most part, lie deep beneath Fontana Lake.

Pless was no different, however, he was among those who ventured out of the “back of beyond” and into town. His transition from rural to urban living was made during a critical period of growth and financial progress in western North Carolina. Compared to his well-known cousin, Granville Calhoun, (Horace Kephart’s friend and trusted guide) at the end of his life, Pless was a “townie.”

Pless received some kind of formal education, however, it’s not clear where. He was a construction foreman, and eventually took up business with the American Land Development Company, a New York based firm that owned kaolin mines in the Smokies. It seems that Pless was the head foreman leading crews in building roads into the remote mines. When the aluminum smelting corporation ALCOA moved to Maryville, TN, Pless took up building the plant along the Little Tennessee River. His daughter, Amy, began attending college at East Tennessee Normal and Collegiate Institute, (now East Tennessee State University).

The entry of ALCOA to East Tennessee meant a lot of construction work for Pless, so the family remained there for a while. But in 1920, his attention turned to Asheville when several major corporations laid plans to set up shop in Buncombe County including American Enka and Beacon Blankets, plus the real estate market was booming.

Beginning with projects like Jake Chiles’ Kenilworth, an increasing number of suburbs and subdivisions began to appear across Asheville and Buncombe County. These suburbs attracted a great number of second home owners and new, permanent residents like the Calhouns who were following work. Executives of newly established corporations like Enka, Beacon, and the ever-increasing number of hotels found them attractive, especially because they were well landscaped and sported amenities like golf courses, clubhouses, pools, parks, and sidewalks. Of course, they required plenty of laborers to build homes, pave streets, and landscape parks and greenways.

The P.A. Calhoun family relocated to Asheville at about the time the real estate and construction business was at its peak and settled in West Asheville. Amy who had just finished up a year of student teaching in the remote community of Del Rio, TN wasn’t happy with the move, and expressed her displeasure in a poem to her father. Though the new suburbs of Asheville were appealing to many, to a young woman who lived the majority of her life in drastically more rural communities, West Asheville was a significant and unwelcome change of pace.

“They say here in Asheville you can have fun,/but I’ve hunted the town over and never found none./I’m living in West Asheville the meanist (sic) place there is,/The cars here;/ I don’t mean maybe,/just naturally whiz.”

At the same time, president of The Asheville School, Newton M. Anderson, decided to capitalize on the hot real estate market by developing some of the school’s vacant property for home sites. Once a part of Robert Henry’s Sulphur Springs, the rolling hills in West Asheville were at that time just barely outside Asheville City limits and within easy walking distance of Haywood Road and the streetcar lines. It was an area prime for real estate development.

Lots began selling quickly. However, like many of these subdivisions, real estate developers found speculation to be a hindrance to actual homebuilding. Homesites were selling for ever-increasing amounts, but not many homes were built.

Regardless, Malvern Hills developed into a quaint section of West Asheville sporting a mix of smaller bungalows and larger more grand homes. The Calhoun family moved into the neighborhood in 1932 at 1397 Haywood Road. I’ve been trying to pin down exactly what house this is now, and it has been a struggle.

Between 1920 and 1930 the Malvern Hills/Sulphur Springs area of West Asheville saw significant changes and names, size, shape, and direction of residential streets changed quite a bit. For those undertaking similar work, Sanborn Fire Insurance Maps and City Directories will be of tremendous help as you attempt to narrow down possibilities. However, in this case, Sanborn let me down as the map cuts off at 1360 Haywood Road! So far, the furthest I’ve been able to go with research is that the 1300 block of Haywood Rd. Ca. 1925 is now Mimosa Dr., a residential street that runs parallel with Smoky Park Highway.

This pattern of rural, working class families following work into town and eventually settling in a new suburb was quite common (see also: Chicken Hill, Grovemont, and others), earning these once ultra-rural folk nicknames like “townie” from their cousins back home in the Smokies (or whatever rural area folks came from).

Alongside the pattern of rural folk moving to town was the real estate boom and subsequent bust of the 1920s. Due to speculation and the crash, the majority of the homes in modern Malvern Hills were built in the 1940s-1960s and they’re very well represented in our Six Associates architectural drawing collection here in the North Carolina Room. Come check them out sometime and maybe commiserate with me about how frustrating it is when the house you’re trying to investigate has changed addresses multiple times!

To learn even more about Malvern Hills, check out their neighborhood association website here:  http://www.malvernhills.org/ 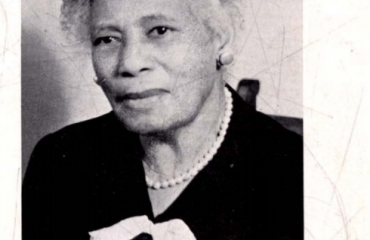 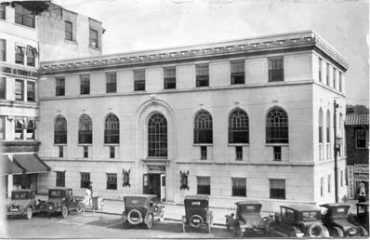