Today’s blog is slightly different than other 52 Weeks, 52 Communities posts. This week, the author chose to write an essay about her personal connection to the East End Community.

When I was very small, my Uncle Boozer was the biggest man I had ever known. When we gathered for family suppers, Thanksgiving, Christmas, funerals, it seemed like he towered over me and everyone else. His hands were the size of my head, and when he would grab me up for a hug, I felt as if I just kept going and going and going up into the sky. In my great grandmother’s kitchen, he helped me sneak finger-fulls of whipped cream icing off of strawberry poke cake before dinner. He reminded me of Santa Claus, always laughing and joking about something, and it seemed like any time he and my Aunt Barbara were around I was spoiled one way or another. Whether it was some kind of accessory for my Barbies or a cabbage patch kid-like doll that had tattoo sleeves and a leather bomber jacket (my mom took that one away, I think she thought it was unseemly), I felt like I could do no wrong around my Uncle Boozer.

Clarence “Boozer” Birmingham was my great uncle, my paternal grandmother’s oldest brother. I’m not exactly sure how or why, but his own grandfather, Ervin Burgin Birmingham, a boilermaker for Southern Rail, gave him the name “Boozer” and it stuck. As a kid, I didn’t know he had any other name. For most of his adult life Boozer ran some kind of a garage, and for as long as I could remember, his shop was “Boozer’s

Radiator Service: The Best Place to Take a Leak.”  Boozer’s was always downtown, and for most of its existence was on the East End. During the business’ last 20 years Uncle Boozer and Aunt Barbara and their garage became a fixture in the heart of the East End neighborhood, the section most people call “The Block.”

When I first learned about the historical significance of The Block it wasn’t until my first years of college. That wasn’t long after that my Uncle Boozer passed away. I hadn’t given much thought to where Uncle Boozer’s business was located, or how he fit into the community at large. In fact, since my own grandmother’s passing I hadn’t seen him much at all. However, at his funeral, I was, in a way, stunned, to see what a diverse crowd attended his service. It was to my best estimate a 50/50 mix of white and African American people. That’s when I learned from my father that Uncle Boozer’s shop had been in this historically African American neighborhood.

Boozer’s first shop in the East End was at 91 Biltmore Ave. Originally built in 1940, the building was a Gulf service station built in a traditional art deco style. Later, in the early 1990s, Boozer moved to 35 Eagle St., the Asheville Foundry and Supply building where he remained until he retired in the early 2000s. For a short time in the mid 1990’s Boozer attempted to work with City of Asheville officials to rezone parts of Chicken Hill where he had purchased property to relocate his shop at the corner of West Haywood St. and Clingman Ave. However, the planning and zoning board refused both rezoning requests. By that time, the city was already moving forward with River Arts District/Riverside Industrial redevelopment plans. A new industrial site was the antithesis of the vision of city planners. When Boozer retired, it was from his location on The Block, at the dawn of a period of significant change for the neighborhood. By 2003, there were already big plans in place for the Foundry building and the rest of The Block.

One day my senior year of undergrad I took a walk past the Municipal Building and to Boozer’s shop. To my surprise, everything seemed to be, for the most part, intact. However, the signs of change were all around me. Construction fencing was already up on the adjacent lot, there were cones in the road and flaggers up and down South Market St. Peering in the window of his shop, I could see workers gutting the building, and across the street I could see builders getting to work on what would become the Mountain Housing Opportunities Eagle Market Place project.

I snapped a photo of Boozer’s door, sat across the street near the police station for a few minutes, and watched. I wondered to myself then, How much longer will this all be here? And decided I would continue to check on the door once a week (or as often as I could) until it was gone. That is when I would know that serious, irreversible change had officially taken hold in my hometown.

During my trips to The Block I would think about what it means to be “from” Asheville, and what Asheville was like when my father was young, when Boozer first opened his shop at 91 Biltmore Ave. I would observe how the neighborhood had changed since my last visit, and wonder why, just steps from the central square things seemed so different. I think I have a better understanding of that today than I did a few years ago and I’m always pushing myself to continue broadening that understanding.

It was someday in fall 2018 that I stopped my regular visits, because Boozer’s door had finally disappeared. I wish I had marked down the date, because I remember the sinking gut feeling, mixed with some other emotion I can’t describe. I remember the moment I noticed, though. Planning to join friends for dinner, my partner and I parked in the city lot behind the police station and were walking up the sidewalk beside the Foundry building. I turned to him and told him, “Boozer’s door is gone,” and I don’t think he felt the gravity of it quite as much as I did. For me, it was the official marker of change in the East End. The loss of the door, and my regular pilgrimage to the door, left a kind of empty spot. If I were to go to my contemplation spot today, I would feel a little out of place, truth be told. What business do I have at a luxury hotel?

Now that the door is gone, I have shifted my mission. When I talk to people who consider The East End or The Block their neighborhood, or spent any serious amount of time there, I always ask about my Uncle Boozer, and I am always pleased with the results of my inquiry. He and Aunt Barbara were a neighborhood fixture and encountered everyone with open arms. According to one Citizen-Times article, Boozer’s was less like a garage and more like an old time general store. People would come in for a cup of coffee and conversation, lingering in the lobby for hours at a time.

Boozer’s two East End storefronts are now occupied by businesses owned by multi-million dollar corporations. 91 Biltmore Ave. is the home of Wicked Weed, as of just a couple a years ago, an arm of Anheuser-Busch. 35 Eagle St. is now part of the Foundry Hotel. Owned by Hilton, the Foundry is a part of the company’s ultra-luxury brand. I can’t say whether any of the changes happening on the East End are 100 percent positive or negative, but I can say, there has been some serious change, and more is on the way.

As a reminder, this post is a part of our 52 Weeks, 52 Communities Series. In this series, we are covering a different Buncombe County community each week. Do you have materials related to East End or The Block you’d like to let us know about? Did you know we’re actively collecting the stories of Asheville’s African American Community? In particular alumni of Stephens-Lee High School? Do you, your parents or grandparents have a good story to tell? Please let us know!!! We want to hear from you! The North Carolina Room is Buncombe County’s Public Archive, we want to help preserve and make accessible the history and culture of Asheville and Buncombe County for all its residents. 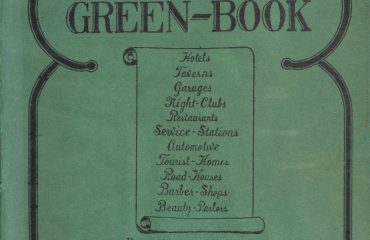 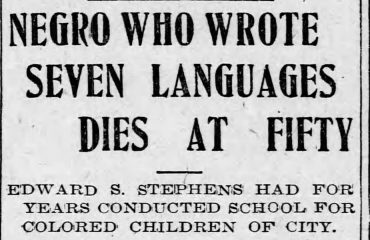 A Most Exceptional Man: The Conclusion of the Edward S. Stephens Story