“Asheville Shops For Dinner: A Grocery on (almost) Every Block”

This multimedia lecture will include an eye-opening overview of the history of grocery stores in Asheville from the 1880’s until the opening of our own Ingle’s grocery chain in the early 1960’s. The lecture features dozens of historic photographs and advertisements from the North Carolina Collection.

An Asheville community grocery store located at 65 Starnes Avenue, at the corner of Starnes and Flint. The Asheville City Directory of 1990 is the first to identify the property as Asheville General Store, operated by Diane Young. In directories before 1990 the address is for Starnes Avenue Groceries. Sometime after 2000 the store was torn down and replaced by a dwelling.

Terry Taylor, A.H.S. has a liking for quirky details, sometimes found in a business name, such as the “Live & Let Live Grocery” that he happened on in the 1919 Asheville City Directory. (Amateur History Sleuth)

Nan Chase will be looking also at Asheville’s past, including diet trends and unusual food preferences, and will highlight the ways history tends to repeat itself. Nan also sees the cyclical nature of history — part of this area’s appeal appeal in the past was its culinary scene. “There were fruit orchards, vegetable farms [and] cideries,” she says. “It was what we have today: a food city.”

Terry also landed on a black baker, J.C. Oliver, listed in the “colored section” of the city directory. “The popular baker’s” confectionary is listed in the first Asheville City Directory of 1893-94 with his stand on Patton Avenue.

Come join us and see a map of grocery stores with Asheville’s city limits in 1925 and 2018. You will be amazed! 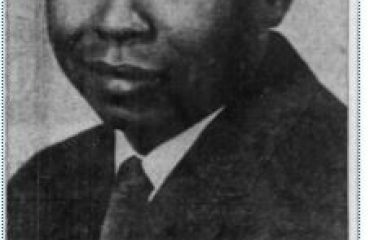