John Henry Michael was born in Alabama in 1867. He was the son of Robert Lee and Martha Michael. J.H. Michael graduated from the Tuskegee Institute in Alabama and from Branch Normal of Pine Bluff, Arkansas. (1) He married Lela B. in 1895. Michael was hired in 1901 to serve as principal of Asheville’s Catholic Hill School for blacks where he served through 1902 as principal, as well as a teacher for sixth through eighth grades. He is next known to be in Forsyth County in 1910 with Michael’s occupation being a carpenter. In 1910 he was teaching in Knoxville, TN. They were back in Asheville with a family of four children in 1911, with Michael, now age 45, serving as principal of the Hill Street School, as well as teaching fourth and fifth grades. He also had charge of the Industrial department of the Murray School. In the same year Michael was also elected as president of the Y.M.I. following the successful three-year term of Rev. C.B. Dusenbury. By 1917 he was also serving as supervisor of the Buncombe County schools for blacks.

The view below gives a sense of Asheville in 1912. The Langren Hotel is just under construction. North Main Street became Broadway in 1915.

While teaching at Hill Street in 1918, Michael edited a paper written by the students. It contained a “picture of Professor J.H. Michael’s father (who was born in Charleston, SC) and the bill of sale by which he was sold for fifteen hundred dollars, May 11, 1861 at the age of twenty-five. At the age of seventy-eight he was instructor in carpentry at the Arlington Industrial School of Annemanie, Alabama.” [A C-T 5/18/1918]

The postcard below is the second building used for Hill Street School. The architect was W.H. Lord and the new building opened February 23, 1915 at 81 Hill Street corner of Maiden. In 1915, Michael also served as the first Buncombe County Jeanes supervisor. The Jeanes Fund was “a private endowment established for the purpose of elevating teaching standards in negro schools.” (2)

In 1915 Michael conducted the first session of an institute for the “colored public school teachers of Buncombe and Henderson counties.”  These were summer sessions and they were held at the recently completed Hill Street School. “Since Blacks could not attend white colleges in the area, Michael made arrangements with Winston-Salem Teacher’s College to accept credit towards college degrees and allow teachers to renew their teaching certificates.” (2) Various teachers taught and presented lectures, with Michael teaching “Methods of Teaching.” An article on a session of the 1916 institute ended with the reporter saying, “The teachers in attendance are of rather unusual preparation, several of them being graduates of leading negro colleges.” The institute grew to also include teachers from Transylvania County as well as several counties from South Carolina. [A C-T June 20, 1916.]

Each year the length of the sessions increased, the number of teachers attending increased, with more people coming from other North Carolina counties, as well as from other states. “Courses are being taught in practically every branch of study needed in the public school of the country, including courses in manual training and domestic science.” The number of instructors involved also increased and the institute moved from utilizing local teachers, with the 1916 session offering classes from teachers who were “among the leading educators of the south” and came from Tuskegee and  Montgomery, Alabama. [A C-T 7/7/1916]

1918 Asheville map showing Hill Street  on right of map running off Montford Avenue with location of the school marked at Buttrick.

“The Summer School for Colored Teachers” offered both approved state and county courses, to help teachers that did not have a sufficient number of credits for the state approved courses. In 1921 at least, the school “offered the state examination for colored teachers” with a six-week summer course each year having become a N.C. educational law. The school was visited every year by county and state officials while the students provided them exhibit of their works and a dinner prepared for them by the students.

Michael’s plan “to bring university opportunities to the community allowed rural teachers to earn additional college credits without incurring the expenses of traveling far from home.” (2)

In 1921, the last year of coverage for the institute, Dr. Whittaker of Tuskegee Institute ended his talk by saying that “such normal schools as that conducted here for several seasons by Principal Michael are sending out into a broad harvest fields colored teachers better qualified to impart the knowledge indispensable for more wisdom among the colored people. [A C-T 7/23/1921]

It is not known why the institute discontinued its work in 1922.  However, Michael was in charge of at least two other summer institutes at Hill Street in 1935 and 1938, and again held under the auspices of the Winston-Salem Teachers College.

Michael later was instrumental in obtaining 18 additional acres to develop a recreational center for the school and aided in the building of a gymnasium at the school, the first at a negro school in Asheville. The gymnasium was built through the National Youth Administration project and dedicated in September of 1939. In 1938 Michael was elected vice-chairman of state’s first negro recreational council under WPA, with Rev. J.W. Hairston as chairman. The council worked with the “supervisors of negro relief projects” in Asheville. (5)

While Michael was still the principal of Hill Street School, he died in Asheville on December 6, 1940 at the age of 73. He is buried at Riverside Cemetery. It seems that a marker at Isaac Dickson School honoring J.H. Michael’s many efforts to further the education of blacks in Asheville would be in order . . .”His special pride was beautification of Hill Street school and the grounds there are considered a model for negro schools in the South.” Perhaps a marker and a tree or flower garden would be even more fitting.

Note: The 1915 Hill Street School was demolished in 1953 being replaced by the third school which sat directly behind the previous building. The name of the school was changed to the Isaac Dickson Elementary School in 1999. The 1953 building was again replaced with the current building in 2015. 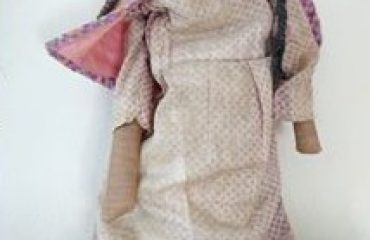 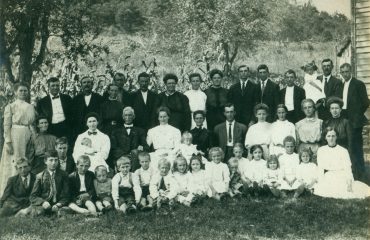