Elynora Foster was the kind of teacher her students and colleagues remembered. Mrs. Foster’s work as a U.S. history and social studies teacher put her in a perfect position to tell her students about the contributions African Americans had made to the nation and the strides they were making during the Civil Rights Movement. A member of St. Matthias Episcopal Church, Mrs. Foster grew up, worked, and worshiped in Asheville’s East End (Valley Street) neighborhood. She taught at Stephens-Lee for at least 13 years, from 1952 through the school’s closing in 1965, and she was able to make the transition to the very different environment of the newly desegregated Asheville High School.

Mrs. Foster grew up in a rented house on Valley Street and knew the East End neighborhood well. She held master’s degrees from Howard University, one of the oldest and most prestigious black universities, and Teachers College, Columbia University. One of the older faculty members at Stephens-Lee when the school closed in 1965, Mrs. Foster could look back with pride at the progress she and other African Americans had made during her years in the classroom.

Born in 1908, Mrs. Foster must have seemed old school by the time she retired in 1972. Through all the changes she experienced in her career—especially during her last years—we can be certain she carried herself with the dignity befitting Asheville’s first black woman to earn a master’s degree.

Pride and Uplift: Black Teachers and Their Communities

We can more fully appreciate Mrs. Foster and her fellow teachers at Stephens-Lee by seeing them in the broader social context they lived and worked in.  Ongoing interviews and conversations with Stephens-Lee teachers and graduates are giving us first-person insights into the social context of black schooling in Asheville. Our understanding of context is grounded in the pioneering histories of African American education written by black scholars Horace Mann Bond, Henry A. Bullock, and Carter G. Woodson as well as the more recent work of James D. Anderson and other black researchers.

During the years of legalized segregation in the South, African Americans made the best of their situation and built functional communities of their own. Public school teachers commanded great respect. Along with black physicians, dentists, attorneys, and ministers, teachers were looked up to as professionals with a special role to play in upholding community standards and advancing their race. The nature of the work that teachers and ministers did kept them in close touch with black people from all walks of life, from the poor to the relatively well-off.

All of America’s teachers exercised academic and moral authority as they went about their daily work, teaching lessons and maintaining classroom discipline, but in African American communities and schools, teachers had an additional strength: They were a source of racial pride. They were women and men of the same race as their students. As neighbors and church members, their faces were familiar. The fact that black teachers had been able to rise above discrimination, complete elementary and high school, and move up to higher levels of education was encouraging, even inspirational. The voices of such teachers rang with credibility when they urged their students to be proud of themselves and their race.

Mr. Haith came to Asheville from Alamance County in 1937 after graduating from North Carolina Agricultural and Technical University. He earned a master’s degree from the University of Michigan and did further graduate studies at Ohio State University and Teachers College, Columbia University. He retired in 1972 after teaching for 35 years in the Asheville City Schools. Like Mrs. Foster, Mr. Haith was among the older faculty members at Stephens-Lee when it closed.

Black teachers went beyond academic and moral instruction when they taught, by words and example, lessons that promoted racial uplift. The black community expected it. Working hand in hand with families and churches, African American teachers tried to motivate their students to make something of themselves and give back to their community. Two teachers who showed the way with their own commitment to civil rights were Lacy Haith, pictured here, and Gladys Pierce Forney, pictured in the tribute to the Stephens-Lee faculty in last week’s HeardTell. Both teachers won recognition for their work to advance racial equality. Mr. Haith, an ordained minister in the African American Episcopal Church as well as a teacher, received the Martin Luther King Award in 1994. Mrs. Forney was honored with the Human Rights Award in 1983.

Academics, morality, pride, and uplift—black teachers taught these lessons and more in a caring, loving atmosphere. The former Stephens-Lee students who attended the “Listening Session” held by the Isaac Dickson Parent-Teacher Organization in February 2018 fondly recalled these lessons and this atmosphere. Former student Alfred Whitesides, Jr., remembers how his parents taught their children that education is the only way to overcome segregation. Teachers at Stephens-Lee reinforced this message. Mr. Whitesides, a Buncombe County Commissioner and former member of the Asheville City Board of Education, has put the lessons he learned to excellent use during his many years of work promoting fairness and equity. In 2017, the Asheville City Schools Foundation honored him with a Lifetime Achievement Award.

In 2016, UNC-Asheville honored Al Whitesides’ legacy with an honorary degree and the dedication of Whitesides Hall. Photo from Asheville City Schools Foundation.

Mr. Alfred J. Whitesides, Jr. graduated from Stephens-Lee and moved on to North Carolina College, now North Carolina Central University, where he was elected president of the Student Government Association and served on the Board of Trustees. While at Stephens-Lee he was a member of the Asheville Student Committee on Racial Equality (ASCORE), an early indication of his lifelong activism in support of equal opportunities for all.

The sense of community that African American teachers and students had known so well at Stephens-Lee shook to its foundations during the 1960s and 1970s. The school board closed the school in 1965. For the first time, desegregation sent blacks and whites to school together at Asheville High, a new experience and a sometimes-difficult adjustment for all concerned. While desegregation was getting underway, urban renewal proceeded to demolish older homes and businesses in the East End, Southside, Stumptown, Burton Street, and other well-established black neighborhoods. How would black Asheville respond to these changes?

In next week’s HeardTell, we’ll look back at the years of legalized segregation and consider what was gained and what was lost in the process of desegregation. We’ll also see why African Americans were so proud of the academic credentials of Stephens-Lee teachers—their undergraduate preparation in the schools we now call Historically Black Colleges and Universities (HBCUs), and the graduate degrees they earned from some of the nation’s top teacher education programs at major northern and midwestern universities.

Comment from a HeardTell reader and former student of Stephens-Lee:

Stephens-Lee High School was the most caring and education focused on educating African Americans.
With its faculty of scholars, they gave us the tools to be the best we could be.
I attended the school for five years because there was no Junior High at the time.
We as students were taught to be great citizens of the city of Asheville and to extend the teachings to our communities.
Thank you SLHS & FACULTY for sharing your expertise and love.
Jimmie Pete Joseph “55”

Post by Joe Newman, Board Member of the Friends of the North Carolina Room. After teaching high school English in Georgia, Joe taught for 29 years in the College of Education at the University of South Alabama. Joe is the author of America’s Teachers: An Introduction to Education, 2006. 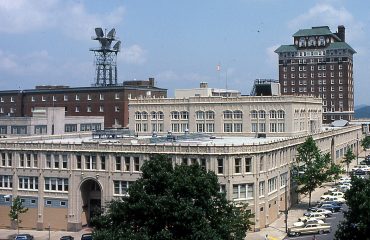 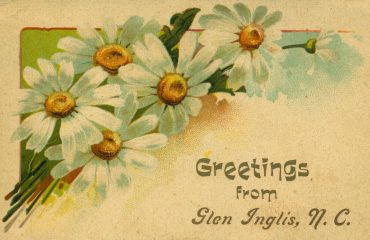