Stephens-Lee High School, known of as “The Castle on the Hill,” was designed by Asheville architect Ronald Greene at a cost of $115,000 and opened on March 7, 1923. It was designed for a capacity of 900 students and it opened with 856. It was the only public high school for blacks in Asheville. Some black students from outside the county were bussed to the school 80 miles round-trip.

The school became known for its excellent faculty, and curriculum, as well as for music and sports. The school also became a center for culture and arts for the black community.

Stephens-Lee closed at the end of 1965 with students being reassigned to the newly built South French Broad school. Two years later, they were integrated into Lee Edwards High School, renamed in 1969 back to its original name as Asheville High School. The Stephens-Lee School, once considered to be turned into a junior high school, and was at the time being used by several nonprofit agencies including Handi-Skills Inc., Mountain Manpower Inc., and Opportunity Corp of Madison and Buncombe Counties, as well as a recreation center. And then it was literally razed overnight in 1975. The loss of this cultural icon, where so many lives were encouraged to be the best that they could be, was a terrible blow to the community.

Stephens-Lee High School and gymnasium circa 1950, showing surrounding dwellings of the Valley Street area and Beaucatcher Mountain in the background.

Several North Carolina staff and board members recently took a Hood Huggers tour. The tour is a way to explore Asheville’s historically African-American neighborhoods with artist and activist DeWayne Barton. The tour is “a lesson in history, community and the art of resilience.” We visited the Stephens-Lee Center (seen in upper right of photo) and looked at photographs of students and faculty members hanging on the walls. DeWayne told us that faculty from Columbia Teacher’s College in NYC came to Stephens-Lee High School and encouraged faculty to continue their education. He told us about the advanced degrees the faculty had and how they were committed to education and to inspiring their students to do their best possible work, as students and as people. The school opened in 1923 and closed in 1965 when Asheville City Schools was preparing to integrate which Asheville High which they did in 1968. Hearing about the high achievements of the students and the faculty, as well as their tight bonds to their school, we all were standing in front of their pictures, in awe, but also confused, trying to take in the ill effects of integration. Board president Lynne Wilson said, “I wonder what happened to these teacher’s after the school closed?”

The Faculty of Stephens-Lee: A Tribute, is a study to try to answer that question and others, especially to find out exactly what education the teachers had. The North Carolina Room looks at 34 faculty members teaching at Stephens-Lee in 1964, the year before it closed.

What levels of education did the faculty of Stephens-Lee attain?

Of the 34 faculty members in 1964, with all of them having Bachelor’s Degrees, twenty faculty members including the principal held master’s degrees, which is 59%.  Of the fourteen thought not to have master’s degrees, six of them were taking graduate level courses. Of the twenty  with a master’s degree, nine were taking additional graduate-level study, and three more had taken further graduate study at three universities, one person has a second Master’s.  One of the teachers with a master’s degree was four hours short of his doctoral degree when he died unexpectedly.  It seems plausible that faculty who were working on further degrees may have attained either a master’s, a second master’s, or a doctorate at a later period.

“The first African American Woman to Receive a Master’s Degree”

Elynora Martin Foster Dargan was the daughter of Fred Pope and Queenie Martin, who were renting a home on Valley Street in the 1920 census; Fred Martin was a tailor. Elynora was born in 1908. She was a graduate of Howard University, Washington, D.C. and Columbia University, NY with a Master’s Degree in Education at both universities. Elynora was teaching at Stephens-Lee by 1952 and retired in 1972 from Asheville High School. She died in 1999. Her obituary states that “she was the first African-American woman in Asheville to receive a master’s degree.”

“Led the Charge During Integration”

Gladys Pierce Forney came to Asheville in 1953 to teach history and Sociology at Stephens-Lee. Her degrees were from Shaw University, A.B., University of Illinois, M.A. in Teaching of Social Studies. She is known for being a key figure during the civil rights era, leading the charge during the years of integration when the two high schools were combined. She continued to work for community peace through the A-B Community Relations Council. She received the Human Rights Award in 1983. Gladys died age 73 on April 3, 2002 and is buried New Hanover County.

What happened to teachers at Stephens-Lee after it closed and students were integrated into South French Broad and then Asheville High?

Of the 33 faculty members, twenty-two were reassigned in 1966 to the newly constructed South French Broad High School which remained an all-black school through 1967.

One faculty member took up a different profession in Asheville in 1969.

Two of the faculty at Stephens-Lee resigned from Asheville City Schools.

Four of the faculty from Stephens-Lee retired between the years of 1968-1970.

Eight of Stephens-Lee faculty moved out of the area between 1965 and 1970.

Lonnie Burton began teaching at Stephens-Lee in 1957. Lonnie, an Asheville native, graduated from NC A&T College and received a Masters degree in library science from NC Central University. After teaching in the city schools for 20 years and serving as assistant principal at South French Broad, he joined the Opportunity Corp. in 1967, becoming executive director and retiring in 1994. He received the King award in 1993. Lucille Headen Burton was from Castle Hayne, New Hanover County, NC, and taught at the Allen High School. Both were killed in an airplane accident in August 1995 and are buried at Violet Hill Cemetery.

“Offered a Prestigious Position at Spelman College after Stephens-Lee Closed”

Madison “Doc” Lennon was a native of Greenville, GA. He attended Morristown Junior College and received a Master’s degree from Wilberforce University, Ohio and also from Ohio State University. He did further work in his music career at Columbia University, NY, University of Wisconsin and the University of North Carolina Chapel Hill. Lennon came to Stevens-Lee in 1941 teaching history and was in charge of the band.

Madison served for 25 years and the band won numerous awards. He served as band director at South French Broad in 1967 and then  accepted a job at Spelman College where he retired from in 1973. He died at age 69, April 23, 1976 and is buried in Ashelawn Gardens of Memory, Weaverville, NC. [Spelman College is the nation’s oldest institution of higher education for Black women.]

As part of Black History Month, we are displaying four exhibit cases highlighting 16 faculty members of Stephens-Lee High School who were teaching there in 1964. Two of the cases are on the main level of the library to the left of the entrance, with one case just inside the library entrance. One exhibit case continues in the front of the North Carolina Room on the lower level. While viewing the exhibit, you will also want to see 12 portraits of black Americans on display from the Americans Who Tell the Truth series by artist Robert Shetterly.

In our next HeardTell post we will look at these questions: What led and motivated these teachers at Stephens-Lee to attain higher education, especially considering the hardships they all endured in the segregated south? What were their financial resources? What was the influence of  Teachers College, Columbia University in NYC?

Asheville Citizen-Times reportage from May 24, 1925–two years after Stephens-Lee opened–reported that the average salary of Asheville’s white teachers was $1,783 and the principal’s salary was $4,000.

The average high school salary at Stephens-Lee was $933 and the principal received $1,550. 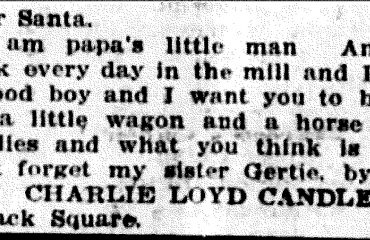 9 Comments to “ The Faculty of Stephens-Lee High School: A Tribute”