Bricks and the Buildings They Made

This exhibit from the North Carolina Room will be on view through January. . . Downtown shopping or seeing the sights with family?

Stop in and check it out. Kids will love it.

Little is known about brick manufacturers or individual brick makers and brick layers in Asheville in the late 1800s and early 1900s. The North Carolina Room has begun research to document what we can.

A crew of African American brick masons building a wall on Southside Avenue in 1917. They are probably a crew of men from James Vester Miller’s company, Miller and Sons who was known for having the best bricklayers in town, and built many of Asheville’s buildings.

Robbins pavers were the preferred paver for streets with heavy traffic as they were more durable.

William R. Penniman was the proprietor in 1889 of the Asheville Brick Works, who may have made the “Asheville” brick. This brick works, which was located at Emma, published ads from 1889 through 1902. George C. Shehan, proprietor of the Kenilworth brick works bought the Penniman brickyard in 1910 and re-equipped it, changing the name to the West Asheville Brick Works.

Sheriff D.L. Reynolds, Buncombe County Sheriff from 1888-1892 and later county tax collector, had a brick plant which made these blocks. The 1883 city directory lists his plant near Camp Patton, referring to the location of the Thomas Patton house on Charlotte Street; circa 1896 the plant was “Buttrick & Reynolds.

The ad below was published in the Asheville Citizen-Times on March 2, 1893. Biltmore Brick was an industry of the Biltmore Estate, located in the village, and it produced brick for the estate as well as on a large scale for many building in Asheville  They made paving and building bricks which all included the stamp “Biltmore.” The loaner of this brick said that it came from a building on Church Street.

Probably most everyone is familiar with what is often called “Montford brick” as in the two samples below which make up most of the sidewalks in Montford. The longest stretch in Montford is several blocks on Cumberland Street. Other brick sites are at Cherry, Panola, and Montford Park Place. Note the circular and the diamond stamped bricks. No one YET knows who manufactured these bricks that have almost a raised pottery-like stamp to them. These bricks are also found on sidewalks on East Chestnut Street, as well as some on Gray street at the entrance to Stumptown.

I didn’t feel like the exhibit could be complete without a “Bunn brick” referring to the bricks made by Albert and his son William “Albert” Bunn at their brickyard on Clayton and Charlotte Streets which existed circa 1875 to 1928. The Bunns built their second, larger home at 15 Clayton Street in 1905, from their own bricks. So I called the current owner, Ridgely Dubel, who happily showed me through the house, now the Bunn House, a boutique hotel. This photo is an interior wall inside the house at the base of the second-floor stairway. Ridgely said they took off interior walls and now the whole house features the beautiful red exposed brick–guest rooms, bathrooms and all.

And she gave me a Bunn brick seen below.

To my great surprise, Ridgely also gave me the most beautiful brick I’ve ever seen. Obviously made by the same manufacturer as the “Montford brick” above, this paver is about 1/2″ wider and longer, and it retains a beautiful glaze. Note also the two rows of horizontal strips in the center.

If you have a marked local brick not seen here, send us a picture of it and we’ll document it. 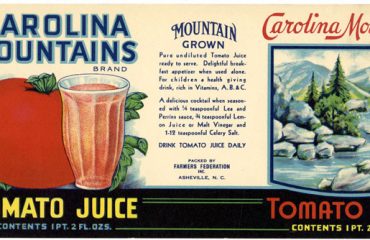 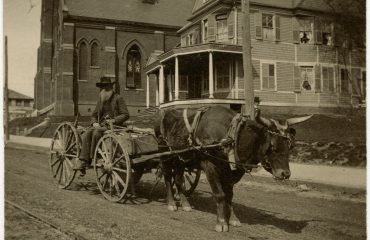 8 Comments to “ The Most Beautiful Brick I’ve Ever Seen!”