Herbert B. Race and J. E. McCants of Jacksonville, Florida, arrive in Asheville.

Early one Monday morning in September, 1910, news reached Asheville that Mr. Herbert B. Race and his “mechanician” J. E. McCants had arrived safely in Greenville, South Carolina, and were expected to reach downtown Asheville by noon that day.  The two had departed from Jacksonville, Florida, at the crack of dawn on Saturday, attempting a record-breaking 2 ½ day automobile trip to Asheville in a 20 horsepower Ford.

On hearing that the contestants had reached Greenville, Messrs. E. C. Sawyer and E. C. Chambers, presidents of the Asheville Motor Club and the Buncombe Good Roads Association, set out to meet Mr. Race in Hendersonville and escort him on the last leg of his journey into Asheville.

Hendersonville’s paper, The French Broad Hustler, confirmed that it took Mr. Race just over three hours to travel from Greenville to Hendersonville because “the roads between the two cities are bad — very bad” but that he was met in Hendersonville “by two machines from Asheville. In one were Mr. Clarence Sawyer and Mr. Earle Godby, of the [Asheville] Gazette-News. In the other were Mr. E C. Chambers, Mrs. Hamilton, Miss [H]amilton, and Mrs. Clavarie, also of Asheville.”

Meanwhile, the Asheville Citizen rallied the public: “Every one who has a car is urged to make the run at least as far as the end of the macadam to meet the record breaking machine driven by Mr. Race, and make the reception to Buncombe and Asheville as big as possible.”

Word spread, and “along the road from Skyland a number of other cars fell in line and by the time the city was reached there was a long line of twenty or more cars escorting Mr. Race into the city.” [Asheville Citizen, 9/27/1910]

The Motor Club and the Good Roads Association had coordinated press coverage, and had arranged for two of Asheville’s finest photographers to record the event for future public relations materials.  One year earlier, in 1909, the Southern Appalachian Good Roads Association had held their regional convention in Asheville, and photographers Clarence Ray and Herbert Pelton were called to photograph the convention. (See B142-XX and B552-X in the North Carolina Collection.)

As Mr. Race approached Asheville in 1910, Pelton and Ray were again the photographers of choice.  The Citizen reported:  “As soon as the procession arrives in Pack Square the official time of the entry will be checked and [the] long line of cars will be lined up around the square and photographed.  Both [Clarence] Ray and [Herbert] Pelton, each of whom is an expert in this kind of work, will be on hand to take the pictures. These will be used in illustrations in the articles which will be written for several of the more important automobile journals.”

And now, thanks to the generosity of Mike Chappell in Florida, the North Carolina Collection has acquired a photograph taken by Herbert Pelton on that momentous occasion.  Click this image to view the whole panorama:

What was the good roads movement?

Mr. N. Buckner, secretary of the Asheville Board of Trade and a leading member of the good roads movement in Western North Carolina, wrote in 1912:

“The first good roads association in the entire south, the Asheville and Buncombe County Good Roads Association, was established in Asheville in 1899, at which time there were practically no improved roads in the county outside of the city of Asheville and the Vanderbilt estate.  The aims of the organization have been to stimulate interest in good roads; to push a policy of road education . . .to keep away from politics . . . to suggest new laws and remedies . . . to keep the citizens informed as to what other wide-awake communities were doing . . . to furnish the press with articles and data . . . [and] acquaint the commissioners with conditions found:  in fact, to keep up an active campaign for road betterment.” [Southern Good Roads, January, 1912; pg. 12.]

In those days, North Carolina roads were created and maintained by the counties.  The July, 1910, edition of American Motorist, AAA’s official magazine at the time, tracked good roads progress across the country, and noted that “North Carolina does not make any appropriation for State aid in the construction of roads. All of the road construction is being done by the counties.” Similarly, “the State of Florida has not yet made any appropriations to build highways.”

One of the chief concerns was lack of directional signs on the roads, and Mr. Race’s trek across South Carolina heightened awareness of the problem.

“[I]n a long distance telephone conversation with The Citizen, Mr. Race stated that he had met with a delay of three hours in South Carolina by reason of losing his way. The roads were not properly marked, and after entering that state he became confused, and took the wrong way, losing altogether three hours…” [Asheville Citizen, 9/26/1910]

A few days later he described the trip further:

“It is quite impossible to keep on the right road long without having something go by. On the National highway I was informed that mile posts and road signs had been established, but on the section that we passed over, we failed to find any. At one point we climbed a tree to read a sign and found that it read ‘Buy Jones’ Shoes.'” [Asheville Citizen, 9/27/1910]

After his arrival in Asheville, Mr. Race met with “good roads enthusiasts” at the Buncombe County court house, where “he deplored the lack of sign posts along the roads.”  Buncombe County, however, was proud of the fact that they had put up a good number of sign boards.  Dr. C. P. Ambler of the Good Roads Association “called attention to the [NC] state law which authorizes the various counties to erect sign boards” and noted that Buncombe County had taken a lead in the matter. [Asheville Gazette-News, 9/27/1910]

At the close of the meeting at the court house, “Dr. C.  V. Reynolds heartily approved the Jacksonville-Asheville highway plan and stated that the Jacksonville people should push the road this way and then Asheville would do everything possible to take care of its end and would boost it in this section.” [Asheville Gazette-News, 9/27/1910]

For the record, today the Jacksonville-Asheville trip would take less than nine hours. 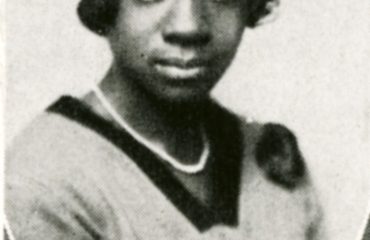