In 2016 we think the arts activity in Asheville is in the River Arts District or in downtown. But at the beginning of the 1980s Highwater Center opened an exhibit space on the OTHER river—the Swannanoa.

Several years before the exhibit space opened, however, fourteen artists in the mid-1970s established an artists’ co-operative in an abandoned mica warehouse on Thompson Street.  Thirty or forty years ago, artists struggled with the same problems that confront artists today. They require a place to work with ample floor space and light and heat.  They want moderate or cheap rent.  They need room for trucks and vans and storage areas for tools.  And they hope for the companionship of other creative minds for discussion and collaboration.

Bob Gursky, a blacksmith from Wisconsin, moved to Asheville and found the warehouse on the river.  It provided studio space for him but also allowed space for other artists, working in clay, wood, metal, and fiber, to use as studios.  The artists shared expenses and maintenance.  At meetings the group discussed problems and made decisions on business policies.  The fourteen artists discovered they could talk to each other, sharing ideas and techniques.  They could suggest galleries to show their work.  And together they could solve very practical problems such as unloading a ton of clay or a truckload of metal.

In 1979 Brian and Gail McCarthy drove into Asheville in a pick-up truck with their two kids and a tent.  They spotted the mica warehouse, acquired a professional mixer, and began their clay-mixing operations in 1980.  So Highwater Clays, which moved to the French Broad River District in 1985, was also a part of Highwater Center.

In 1980 the group was ready to move in a new direction—exhibit space.  They realized Asheville was saturated with artists but offered few outlets for artwork.  In November of 1980, as part of Hallelujah Asheville!, the exhibit space opened.  At the time of the opening the resident artists included:

Highwater Center closed in the 1990s but several of the artists are still working in the Asheville area and contributing to the arts community.  That’s staying power!

Information and photographs from The Arts Journal, Vol. 6, Number 3/December 1980

Board Member, Friends of the NC Room

FOURTH PROGRAM IN THE SERIES

“Asheville in the 1980s:  A  Formative Decade Told by Those Who Shaped It” 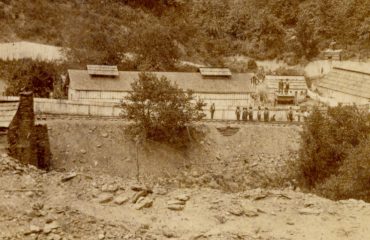 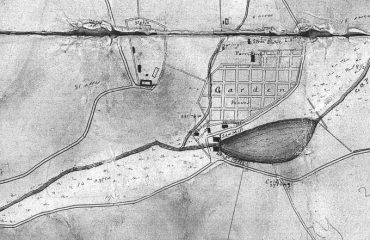 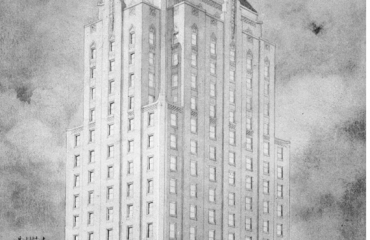