Overlook Park on Sunset Mountain was a popular 19th century retreat for Asheville residents and tourists. The views were magnificent, especially on the overlook tower, and a boardwalk and paths made for pleasurable walks. A pavilion at the park provided space for a cafe, orchestral performances, dances, a theater, a beer garden and a casino.

Few photographs exist of the pavilion. The one above came from the 1908 photograph album highlighted in last week’s post.  The album was recently donated to the North Carolina Room by Chan and Miegan Gordon.

One of the views from Overlook from 1908 photograph album.

Architectural drawing of alterations to pavilion at Overlook Park by Smith & Carrier, 1910.

Interior of pavilion at Overlook Park on Sunset Mtn. dated 8/4/1904. The pavilion was built by Richard Smith Howland for the Asheville & Craggy RR.

The postcard below shows streetcars on the Sunset Park Railway going to Overlook Park. The streetcar was a lot faster than getting there by carriage.

Postcard view of people enjoying the paths and views from overlook, circa 1910.

Overlook Park became the site for Fred Seeley’s home completed in 1917 and called Overlook, as well as Seely’s Castle. BOO!!! ASHEVILLE HALLOWEEN THROUGH THE DECADES 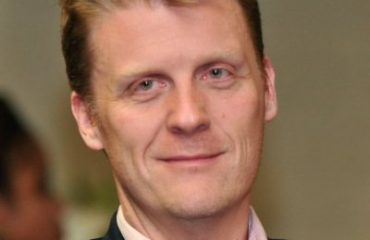