A couple of weeks ago, I wrote about the Swannanoa native Wade Martin, who was known nationally for his woodcarving abilities.

While I was writing about Wade Martin, I was surprised to read that he was also known of as a great baseball player. Because I was staying focused on Wade’s Smoky the Bear story, and his carving skills, and also because I know nothing about baseball–unless my father taking me when I was little to the Cleveland Indian’s games counts–I decided to leave that part of his story out.

North Carolina Room staff have mentioned on this blog in the past about various woo-woo moments. Times when the word ‘synchronicity’ just doesn’t account for it all. Well, the photograph album that documents Wade Martin, on loan to us by Swannanoa resident Bob Ruiz, had been sitting around with several others in our work room for at least a couple months while we scanned them.

So one day I picked one up and wrote about Wade Martin. Last week I was looking at some photographs that had just been indexed. We had bought them from a vendor who looks out for things we’re interested in. One of the photos was of the Beacon Baseball team, 1940. Beacon Manufacturing Company expanded their blanket manufacturing business into the Swannanoa Valley from New Bedford, Massachusetts in 1925. The company first purchased a 160 acre farm and later added on some 1,600 acres. In 1933 the company moved their whole operation to the Swannanoa plant.

At the time we first got them, just when I was writing the blog, I remembered thinking, “Hmmm. . .Beacon. . . Swannanoa. . .baseball. –Surely Wade Martin was not in it?

On the back of the photo, with the frame and the backing off, there was a list of the players. Wade Martin is on the left end of middle row. His brother Wayne is third from right on center row and another brother Quentin Martin is fourth from right on back row. All of the players as listed are:

From, “Swannanoans Woodcarving Mountaineer Style with a Barlow Pocket Knife.”

In Wade Martin’s book, Swannanoans Woodcarving Mountaineer Style with a Barlow Pocket Knife, he includes a newspaper article from June, 1953 when he was playing for Mooresville in the Tar Heel League All-Star team, an outfielder who the “previous week had a 26-game hitting streak. He obtained 75 hits in 199 times at bat in games played through early last week. His hits included three triplets, three home runs and 17 doubles. He had 20 runs batted in and had scored 58 runs.”

It would seem to me that Wade Martin preferred to have his athletic abilties included along with his woodcarving talent, as he did in the book he wrote about himself, so I did, too. 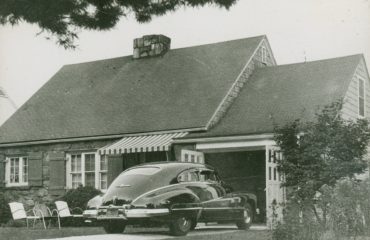