The Friends of the North Carolina Room sponsored a presentation, “Let’s Talk About Anthony Lord” on Thursday, August 28, 2014. Seventy-five people attended the event and got to know more about Lord’s life, profession, his many avocations and the effect his life had on Asheville. It is a hard task to recount what five close friends of Lord’s, all impassioned by his influence on their lives, and empowered by his vast knowledge and character and abilities in so many endeavors, had to say. Each speaker acknowledged the influence Lord had on who they were and who they were to become and how he touched Asheville in his own personal way. Very soon it became clear that Lord loved conversation, sharing wine and good meals, and was as interested in the young people around him as much, if not more, than the people his own age. John Warner said that he was most amazed when Tony was in his 90s and was out buying a new computer.

Deborah Austin opened with an introduction into the biographical aspects of Lord’s life, setting the tone reminding us that Tony, being born in 1900, grew up in Asheville in horse-and-carriage days—and how far he went, in his openness to what happened in the time span of his life, always ready to learn and listen and continue to take part in the things he found value in. She introduced the speakers, who each spoke on an aspect of Lord’s many talents from their own professions.

Author Elizabeth Kostova talked about what she said was the most rewarding experience of her life — working with Tony Lord on the publication of their book, 1927: The Good Natured Chronicle of a Journey which was published by The Captain’s Bookshelf, Asheville, N.C., 1995. The book tells of the trip Lord took to Europe and North Africa in 1927 just after graduating from Yale. The book incorporates photographs, sketches and watercolors that Lord made. He had brought home with him in the spring of 1928, “more than seventy sketches in watercolor, ink, pencil, and gouache, and hundreds of photographs.”

Elizabeth Kostova speaking about her experience working with Tony on the book they wrote.

Peter Austin told about in the 1930s during the great depression when there was little work for a recently graduated architect, Tony started a business in ironwork to make a living. Much of it was used at the Yale Campus and at the Washington National Cathedral. It is not known how much of the ironwork survives in Western N.C. We do know he made the gates at the Franklin S. Terry residence in Black Mountain, which later became In-the-Oaks Episcopal center for the Diocese of WNC.  Peter loaned for the exhibit a matching section of wrought iron gate that was used on a house in Biltmore Forest. Documenting Lord’s wrought ironwork in Asheville would be a worthwhile project. Peter has identified Lord’s mark as being a stylized F-A-F for the name of his business, Flint Architectural Forgings which existed from circa 1931 to 1937. The symbol appears more as two curved E’s meeting over an A. Please let us know if you know of any of Lord’s iron work in the local area. Homes in North Asheville and Biltmore Forest would be likely subjects. To read more about Peter’s research on Lord’s ironwork see his article, “The Ironwork of Tony Lord,” in May We All Remember Well, Volume II, edited by Robert Brunk, 2001.

A matching piece of Lord’s wrought iron gate on entrance doors to a home in Biltmore Forest shown on exhibit from the collection of Peter Austin.

Artist Dianne Cable, a former Lecturer in Art for many years at U.N.C.A. showed photographs of Lord’s sketches and watercolors from the 1927 trip to Europe sequentially, pointing out how Lord’s early sketches showed his training as an architect and how he would have been interested in understanding how a building was built, but then talked about how the art work evolved, giving way imaginatively, she said, to a more mature artistic work, allowing the effects of light and color and water—although still controlled—to become the main elements of a painting, with the architectural elements receding.

Photographer Terry Davis, shown speaking below with the iconic photograph of Tony Lord standing by one of the trees he planted in Asheville, talked about how Lord’s photography, was yet another art form Lord worked well in.  Apparent in his photographs is Lord’s love of architecture, trees in city landscapes, shade, water—and the people of those particular places living and enjoying them. The series of photographs shown made one not think twice about what mattered to the eye of this artist, but did give one chill bumps thinking of what he would bring home within himself, and how that would end up affecting the town from which he came. Seeing what Tony saw and captured in Europe made me see what more could be accomplished in Asheville, though as Terry said, he thought Lord would be quite happy to return to Asheville and stroll through town.

Terry Davis speaking on the photography of Anthony Lord.

Architect John Rogers began by saying he felt it seemed his lot in life to defend Tony’s architecture. He explained by saying that an architect, for the most part works for his clients. But he offered as examples of work that was probably the most exemplary of Lord’s particular desire for architecture, the buildings at Warren Wilson College and at the grounds of Montreat, Western Carolina University and UNC at Greensboro as buildings that are nestled into the landscape situated right in the midst of trees. “Buildings are shaped by living patterns and by the opportunities nature presents and become an interactive part of the game.”

Photographer John Warner, who was not able to be at the talk, recorded a couple of his favorite Lord stories which ended in a video of Lord that he had recorded. The presentation ended with us all getting to hear the wonderful, hearty laughter of Tony Lord.

The presentation was held in the Lord Auditorium, named after Tony Lord who served on Pack Memorial Library’s Board of Trustees for 40 years. As Peter Austin pointed out, “Pack Library would most likely not be in this building today without the work Tony gave to it from the late 1940s when it became obvious the library had outgrown its site at Pack Square.” Lord also worked for twenty years, planting trees downtown and encouraging Asheville City Council to adopt the project, until twenty years later when the Tree commission was formally organized.

Thank you, Tony, for all that you gave us, and for being such a mentor to so many people, then and now, and for living a life worth recalling.

[End note: This observer thinks that there is still, after two retrospective exhibits of Anthony Lord’s work, the first being at the Asheville Art Museum in 1984, much to be discussed, discovered, documented and archived about Anthony Lord’s life and work. Please let us know if you would like to be a part of this effort. Buncombe County TV video recorded the event at Pack Memorial Library and it will be added to the North Carolina Room’s video archives.] 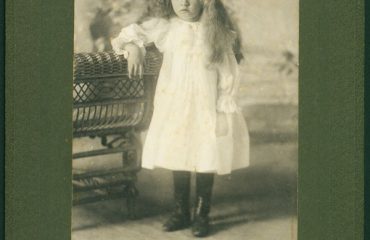 2 Comments to “ “Let’s Talk About Anthony Lord” Presentation: A Glimpse at What Was Told”