One of the most fulfilling kickbacks of being an archivist, for me, is knowing that there is something new to be uncovered as I pick up the next piece of paper, or the next photograph. The Rankin-Bearden Collection is no disappointer.

When Asheville resident Walter Diehl found himself the last keeper of the family’s records, he donated them to Pack Memorial Library’s North Carolina Collection. The Rankin-Bearden collection is no small collection, in breadth or depth. It is somewhat of a daunting experience to be responsible for a box of family correspondence from the mid 1800s.

To put this collection in a historical context, the Rankin-Bearden house in Montford predates Montford. The company that developed Montford, the Asheville Loan Construction & Improvement Company, began work on the subdivision in 1890 but what’s now called the Rankin-Bearden house, at 192 Elizabeth Place, was built much earlier, in 1846. William D. Rankin built the house, which he called Meadowbrook, for his wife Elizabeth Lightfoot Roadman Rankin, both natives of Tennessee. Rankin sold much of his estate to be subdivided for the Montford development, of which his son James Eugene Rankin was an officer. The Rankins had three sons, Eugene, Alonzo, and David.  Their daughter Amelia married Marcus J. Bearden, also of Tennessee, and also an officer in the Montford development company.

The Rankin house circa 1980, prior to renovation. Photo by Mary Jo Brezny.

If there is no apparent order to a new collection, the first thing is to see what you have, and then figure out how best to order it. This is the early stage I am at with this collection. For starters, I picked up the oldest box of correspondence. What an assortment.

There was a small publication of Elizabeth Roadman’s “Hymn for the Festival of the Pupils” from the Female Academy at Salem, 1825.

There was a four-page letter written from a father to his children in 1833 (gulp) which begins “My Dear Children, The inquiry made by one of you yesterday what objection I had to you joining a Calvinistic Church, came rather unexpectedly and of course implied that I had made an objection . . . the circumstances with which I am now surrounded does so overburden my mind that I must unbosom myself to you . . .”

My mind rolled and turned. Who were these people? What was their life like?

And then there was the breathtakingly sad folder of letters written by David Rankin to his parents and brothers from Richmond while serving in the Confederate Army. He is so optimistic in the beginning: “Suffice it to say, that our successes under the circumstances have been marvellous, and that Mr. U.S. Grant baffled at every point, now seeks again another base from which to try the off repeated and unsuccessful enterprise of an ‘on to Richmond.'” [Letter from Richmond June 8th 1864, addressed “My Dear Father” from David Rankin.]

Then there was an 1862 letter from a Dr. M.L.  Neilson to the father of Samuel B. Sawyer, stating that Samuel, a private in the Capt. Baird Company of Calvary in the Confederate Army, was not fit for service “due to his lungs being seriously affected [which they] have been for several years.” And a Col. L.M. Allen had written on the back of the letter, discharging Sawyer from the Confederate Service.

And then I found a staggering letter dated January 8, 1909: “Know all men by these present that whereas for a term of months aggregating from about May 1908….to this present date, one much loved and highly esteemed by the undersigned has been nursed by the above mentioned parties, through the tender months of his growth up to the estate of manhood, has lived in peace and undisturbed  until Jan. 4, 1909, when he was set upon in the night by one Eugene Marcus Bearden and . . . .imprisoned . .  since which time the undersigned have been in a continued state of fear and unrest….  We do therefore earnestly pray, entreat and beg with this petition . . . that the life of the aforesaid, Maj. Bishop Ozone Scrubbs be spared and that he be set at liberty once more . . .”  Signatures at the bottom read: Amelia Rankin, Minna Rankin, Elizabeth Rankin, M.C. Rankin and a Miss Ellen Barker.

I sat back in my chair. (There is always, in the back of an archivist’s mind, the thought that we might lay hands on something profound and earthshaking.  A grocery list scribbled by Thomas Wolfe . . . An imprisonment of a Bishop . . .  Who was this man? I turned to the computer and searched for “Maj. Bishop Ozone Scrubbs.” Surprisingly, I got no results. I took out the first name since the spelling was not clear. Nothing again. I then checked our biography clipping files, F.A. Sondley’s History of Buncombe County, J.P. Arthur’s Western North Carolina: A History. Then I remembered we have the Reverend Stubb’s Diaries from the early 1900s: Maybe “Scrubbs” is a misspelling of Stubb. Finally I resigned myself to not finding out — for now — who this mysterious Bishop Scrubbs was. I reminded myself I was just in the sorting stage and knew I would return to it later.

Then, as I put the letter into the folder I’d made for the Rankin correspondence, I noticed some pencil writing on the back of one of the pages. It appeared to be an early draft of the letter, or something written by a child perhaps. I scanned down half the page and read, “to relinquish all claims to one Barred Plymouth Rock Rooster surnamed Scrubbs.” 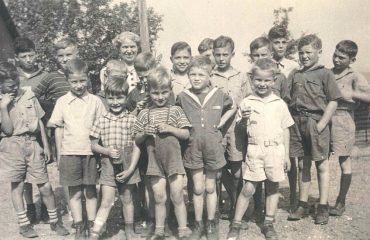 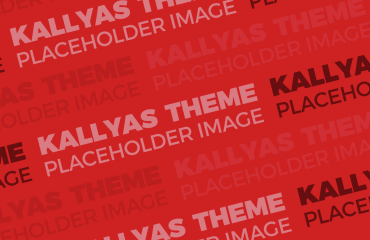 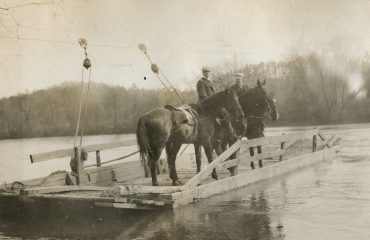 3 Comments to “ Col. Bishop Ozone Scrubbs and The Rankin-Bearden Collection”