A few weeks ago Dan Hill first made his presence known. His face smiled out of a 1922 photograph from the recently-donated Gallatin Roberts Collection. The men in the photograph were  identified by their signatures below their feet.

I knew Gallatin Roberts, the sober man second from right. He was Mayor of Asheville in 1922 and again during the Great Depression, when the Central Bank and Trust Co. failed, taking with it all the assets of the City of  Asheville. Roberts was indicted in 1931, along with six other public officials, for “conspiring to misapply and convert public funds.” “Wounded unto death,” Roberts shot himself in the washroom of his office in the Legal Building, above the failed bank. If you want to learn more of the tragic story of Gallatin Roberts, the NC Room is the place to come.

But WHO in the Sam Hill was Dan Hill?

None of us had ever heard his name, but he was determined to make himself remembered. He popped up again just a few days later in a photograph received from an entirely different source, the A/B Preservation Society.

In one of photographer Herbert Pelton’s amazing panorama portraits, the Asheville Kiwanis Club gathered to celebrate Ladies Day on the lawn of the old Battery Park Hotel. A brass band made up of club members formed the front row. As I scanned the faces in the photograph, I saw Dan Hill’s boyish, friendly face and those unmistakable glasses and shock of hair.

He was drum major for the band, and I soon discovered he was president of the Kiwanis Club at the time. I realized that I needed to find out more about Dan Hill, and went to the Biography Files, a valuable resource of the NC Collection. I learned from his newspaper obituary that Dan Hill was Asheville’s youngest Postmaster, popular with both Republicans and Democrats. “He never met a stranger.”  He was also an avid baseball fan. In 1924 he purchased Asheville’s first professional baseball franchise. When the Asheville team joined the Piedmont Baseball League in 1934, Dan Hill became president of the league.

But back to the photograph that started it all. With the help of the 1922 Asheville City Directory, I was able to decipher all but one of the signatures, that of the white-haired gentleman with the cane. Three of the men, including energetic Dan Hill, were officers in the Asheville Chamber of Commerce. These men in suits (plus the mysterious Major Miller in mililtary uniform) were gathered for some purpose important to the city of Asheville. Pelton always dated his photographs, but even with the exact date of April 25, 1922, I could find no information about this gathering in our newspapers on microfilm. What were these civic leaders up to? I guessed that the key to the mystery lay with the still-unidentified man with the cane.

A photocopy of the picture lay on my work table for several weeks, as I waited for further enlightenment. I knew that Dan Hill would speak again if he had anything more to tell me. Enter Phillip Banks. Phillip has been reference librarian at Pack Library for many years, and no one can match his knowledge of local personalities and happenings. He glanced at the photograph and immediately identified the man with the cane. Kenesaw Mountain Landis (actually his name!) was the country’s first commissioner of baseball. After the Black Sox scandal, when members of the Chicago White Sox conspired with gamblers to lose the 1919 World Series, baseball turned to this fierce federal judge to restore public confidence in the game. Landis was baseball commissioner from 1922 until his death in 1944. Our photograph of civic leaders hosting the commissioner of baseball undoubtedly commemorates the beginnings of professional baseball in Asheville. 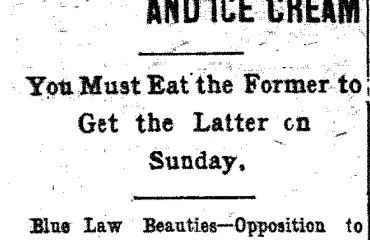 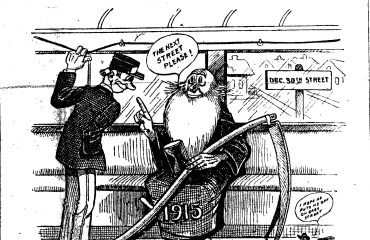 3 Comments to “ Asheville and Baseball or Who the Sam Hill is Dan Hill?”