“Remembering speechlessly we seek the great forgotten language, the lost lane-end into heaven, a stone, a leaf, an unfound door. Where? When? O lost, and by the wind grieved, ghost, come back again.” Thomas Wolfe, Look Homeward, Angel

Recently a man renovating a house on East Chestnut Street found a box of letters and pictures, stored away years ago and long forgotten. Reluctant to throw away something that might be of historical significance, he brought the box to the North Carolina room of Pack Library and left it without giving his name. We want to thank our anonymous donor for this exciting photograph.

The signs on the buildings are our first clues to unlocking the secrets of the mystery photograph. Turn of the century Asheville City Directories show the business of architect and contractor James Albert Tennent at 20 South Court Square.  (Court Square was renamed Pack Square around 1903.) The City Directory of 1896-97 is the first to list W. O. Wolfe’s monument shop, J. A. Tennent, and the office of African American attorney Harrison B. Brown all together at the corner of Market St. and Court Square. The Wolfe Building is easily identified in the photograph below of South Court Square, taken after the Commerce Building replaced the small building to the right of Tennent’s offices. Construction began on the Commerce Building in 1904. We now know WHERE? (in front of the W. O. Wolfe Building) and WHEN? (between 1896 and 1904).

Our collection owns two photographs of members of the Wolfe family as they appeared in 1899, about a year before Thomas Wolfe was born. Above the family is gathered in the yard of 92 Woodfin Street on July 4, 1899. Mrs. Wolfe waited until her boys started school to cut their hair. In this photo, taken the summer before the twins began school, Grover’s hair is short, but Ben and his younger brother Fred still have long curls. Compare the faces of the boys with close ups of the boys in the wagon.

Our second picture above shows the Wolfe twins with their big boy hair cuts in the fall of 1899, standing with their class at Orange Street School. Grover and Ben are wearing sailor suits like the boys in the wagon. Again, compare the faces of the boys.

Our Mystery donation is a rare, intimate street-level view of the front of the monument shop of Thomas Wolfe’s father. The image is also important in that it shows buildings that no longer exist in other photos we have of the site. But is the photograph also a previously unknown portrait of Thomas Wolfe’s siblings? Join us in speculation about the identity of the people in the photograph. What are the chances that another group of five children, including a set of twins, of the same ages and sexes as the Wolfe children, would be posed so much at home in front of Wolfe’s monument shop? 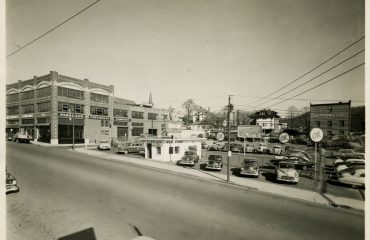 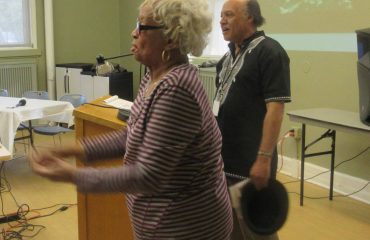 9 Comments to “ The Lost Picture”