Brings us Christmas every year

Now to you we send a greeting

For the festive season here

With best wishes for the season,

We despatch this simple card,

And with yet a further reason

To convey our high regard.

“N. Brock” worked steadily for almost fifty years as both a photographer and a painter. His first love was painting, but portraits were his bread and butter, and he won many prizes in photographic exhibits in this country and abroad.  His studio at the corner of Patton and Ashland Avenues was one of the most elaborate in Western North Carolina and considered ultra modern for the time.

Mrs. Bayard Wooten, one of North Carolina’s outstanding authorities on photography, once said of Brock, “He is the most talented artist that I have ever had the privilege of knowing, equally at home with paints or a camera. I consider that I personally owe him a greater debt than anyone who has influenced my life; his beautiful landscapes showed me what could be done pictorially with a camera. I consider N. Brock to be one of the great photographers of America. “

One of Brock’s prize winning portraits was this study of sixteen-year-old Miss Mary Mitchell Westall.

“From the studio of N Brock, Asheville, NC.”

Mrs. Catherine O’Shea, daughter of the subject, tells us that this portrait won a prize for Brock’s Studio in a competition in Paris, France. Miss Westall was the daughter of a first cousin of Thomas Wolfe. 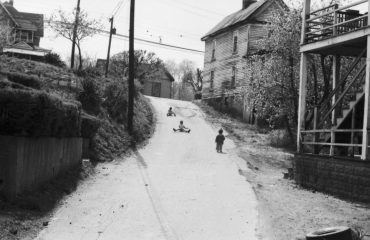 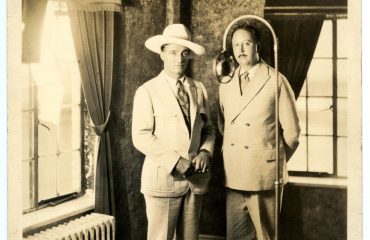 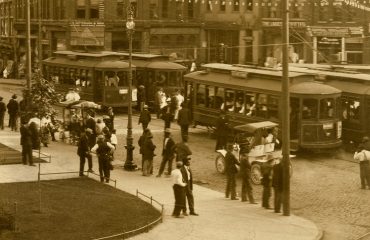 2 Comments to “ Christmas Greetings, circa 1940, from Ignatius Brock”