I was recently talking with our North Carolina Room volunteer, Lynne Poirier-Wilson about different props and painted backdrops used by nineteenth century photographers.  I had not paid much attention to them in the past, nor read about them.  It is the kind of thing that has to be pointed out to you, and then a whole new world opens up.  At the end of our conversation, she asked me if I had heard of “hidden mother” photographs, which I had not, but started looking up on the Internet while she was telling me about them. The general idea is that during the Victorian era, exposure time was longer (how long in 1894 I don’t know), which made it very hard to get a photograph of babies, so photographers would often hide mothers behind curtains or other materials so that the mother could hold the baby from behind, keeping it still and calm.

That was on a Saturday, and when I came back to work on Monday, I picked up where I had left off going through the last box of material that Gary Logan (MS242) had loaned to us to scan. The box contained a mix of 1880s era photographs, small family snapshots from the 1940s, folded newspapers, early letters of correspondence, condolence cards, clipped obituaries, school diplomas, calling cards–a good mix of about eight decades of family keepsakes. I had spent about an hour separating the material and then dashed off to work on the circulation desk for an hour. When I came back to the work room, Betsy was there scanning, and I asked her if she knew about hidden mother photographs. She had not heard of them either. I told her I was pretty sure we did not have any in our collection–that perhaps they dated earlier than most of our photos. I then walked from her desk to my desk, sat down, turned to my work table and picked up the next item in the stack of Logan material which happened to be an early cabinet card face down. I turned it over and it was the photograph below of Myrtle and Annie Logan taken about 1893 by Asheville photographers Lindsey and Brown.

After you look at the children, let your eyes scan over the oddity of the drapery hanging straight down on the right side, but how it curls toward the smallest child’s side on the left and then comes out to drape over whatever the child sits on.  While looking at it closely, you might notice the mother’s hand coming out of the drapery and resting near the baby’s right shoulder.  That beige blotch on the other side of the baby may be the mother’s other hand caught in movement by the camera, or perhaps an effect of the photographers to blur it out.  The mother (who was Rose Addie Deaver, wife of William Erwin Logan) appears to be either standing behind the curtain, or perhaps the sheer curtain next to it, or might be actually sitting with the child on her lap.  In either case the draped material towards the front would cover her legs and feet. A librarian in the Youth’s Services department believes that the mother’s face shows through the sheer curtain.

In this blog’s first post I wrote about how we so often have such strange experiences in the North Carolina room that they have become the norm. We just kind of roll our eyes, shrug at each other, and go on about our work.  While it is true that I never would have noticed the hidden mother in this photograph, if I hadn’t recently learned about them, it was not 30 seconds after talking to Betsy about them and saying that I doubted that we had any hidden mother photographs in our collection, that I went to my desk and turned the very next photograph over and saw immediately that it was a hidden mother photograph. My blood churned through my whole body.

Of course I had to look over photographs in our collection of babies.  This is a photo of Bessie B. Johnson (1880-1972) around the age of two.  Bessie was the daughter of John M. and Harriet Alexander Johnson.   Bessie married Daniel “Dan” Earle.  The portrait was made by B.A. Culberson.  We believe it may also be a hidden mother photograph with the baby sitting in her mother’s lap and her arms draped around holding the baby. 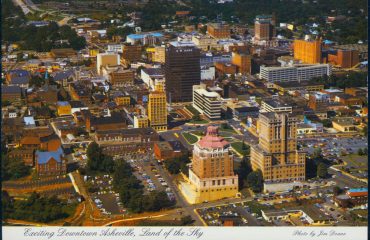