We depend on our patrons for donations. This 1897 J. M. McCanless portrait of a black nurse midwife was loaned for scanning by Dianna Hays. We also receive valuable information from patrons. Ms. Hays told us that the baby was her grandmother Pauline Moore Bourne, daughter of clothing store owner M. V. Moore, and that Pauline remembered her nurse with affection as “Mammy Turpie.”

And SOMETIMES the people in a photograph seem to speak themselves, asking us to tell their story.

In recent years this patron’s research on the life of Anna Woodfin led her to the story of Tempy Avery (also spelled Tempe or Tempie), a woman owned before the Civil War by Nicholas Woodfin, a state senator and the largest slave owner in Buncombe County. The story was passed down in Tempy Avery’s family that during the war, Tempy saved the Woodfin family by hiding them from Union troops. Tempy Avery continued to work for the Woodfin family after the war, delivering and caring for their children and grandchildren. Eliza Woodfin Holland, granddaughter of Nicholas Woodfin, wrote about Tempy in an essay titled “Mammy” (NC Collection: MS111.002H), saying that “…she had been from time immemorial a ministering angel with a black skin. Love taught her wisdom in caring for the young or those who were ill, and for many years Mammy Tempe was a famous nurse.” After the war Tempy delivered many babies in Asheville, both black and white. In return for her loyalty and service to his family, Nicholas Woodfin gave Tempy several lots in Montford which she passed on to her descendants when she died in 1917. We knew a lot about this important woman, but so far as we knew, we had no photograph of her.

Looking at the portrait above of the black nurse, our patron asked, could “Mammy Turpie” actually be a small child’s pronunciation of “Mammy Tempy”?

We contacted Mrs. Warren, a descendant of Tempy Avery, who in 1997 visited the NC Collection with her mother to research their family history. Mrs. Warren confirmed that the black nurse in the photo was indeed her great-great-great grandmother Tempy Avery. Mrs. Warren had actually inherited a copy of the same photograph!

In an email to the NC Collection 6/25/2013, Mrs. Warren wrote, “That photo had been in my Mother’s box of photos for as long as I can remember and she always said it was “Grandma Tempy”… I didn’t really believe it because of how she was dressed and the fact that Tempy was a slave and slaves were not photographed often… After reading p.3 of the 9-page essay written by Eliza Woodfin Holland, I changed my mind about my mother’s accuracy… everything she ever said has been verified. Eliza wrote ‘she seemed to my child eyes to have always worn a head handkerchief, neck kerchief and apron of snowy whiteness, and a snugly fitted little black dress sprigged with white’… We came home and I looked at the photo… Eliza had described Tempy to the TEE in her usual outfit so completely it brought tears to my eyes. I remember it like it was yesterday. It was such a moment.”

Another connection was inspired by the portrait of Tempy Avery, the former slave who became respected nurse to the elite families of Asheville. The NC Room put in touch the two women who own identical photographs of Tempy Avery. They talked about the connection between their families in turn-of-the-century Asheville. (Note: in the NC room ‘turn-of-the-century’ means 1900.”) Mrs. Warren wrote in a email 9/01/2013, “the conversation with Dianna revealed to me that two women in 2013 with a historical connection can share thoughts about the past as it relates to the present.” 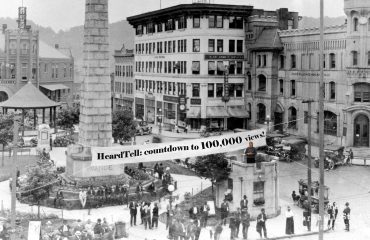 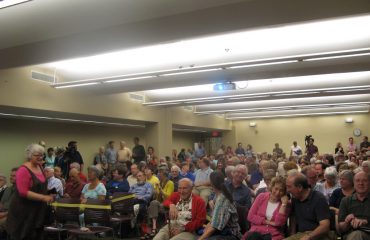